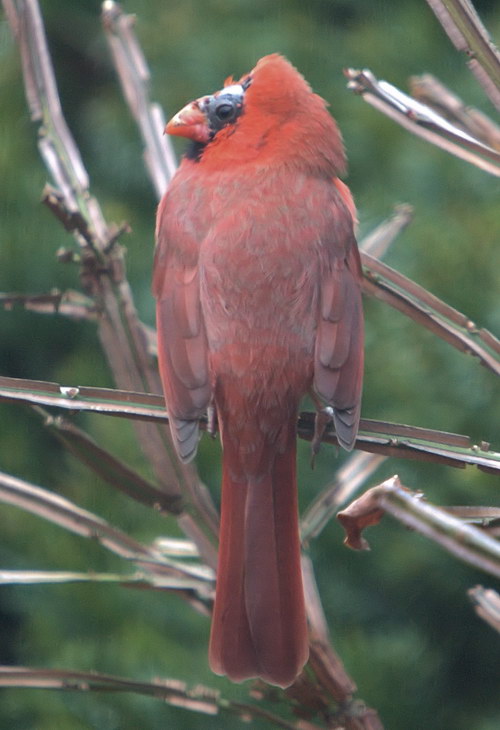 This is the Pygmy Scarlet Vulture. This very rare species, seldom seen outside of the western slopes of the Andes Mountains in Peru, is in dire peril because of loss of habitat. The logging of its rainforest home has left it with only a few localized populations among the foothills of the central Andes. The Holybird, as it is called by the indigenous peoples, is thought by some to usher the spirits of the dead from this realm into the next. This is probably because as, carrion eaters, these brightly colored birds are often the most visible animals at a carcass. JK