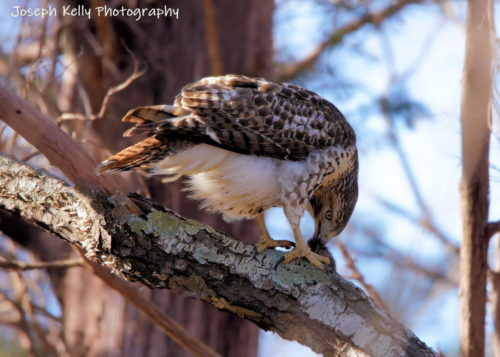 I was at the Elizabeth A. Morton Refuge in Sag Harbor and ready to call it a day there when I saw a Red-tailed Hawk some distance away. I took some very ho-hum shots of the back of this hawk while it scanned its territory. Occasionally, it would peer over its shoulder and I’d get a glimpse of its stately profile, but I really wasn’t getting any pics that I could really use. Nothing with oomph!, if you know what I mean.

Then, – I’d love to write “suddenly” but nothing this magnificent bird did seemed sudden or rushed – then it lifted itself from its perch and glided down to a small but comparatively deep valley in the lightly wooded field. This large bird disappeared,  but then it reappeared during two big hops. 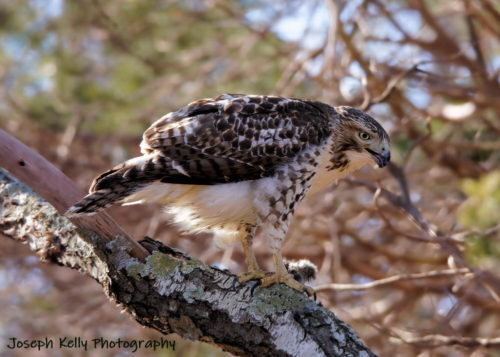 That second hop must have been the gotcha! moment because when the hawk finally lifted off, it was carrying a good sized rat in its talons. It flew off to one tree, and then another, before tearing into its lunch. And I do mean tearing. What did you think that oh-so-sharp beak is for? 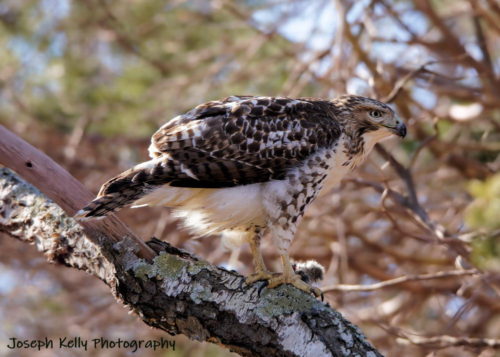 Rats are a major problem at the Morton Refuge. If you’ve read any of my previous posts about this wonderful place, you know that several species of the local birds birds will come and eat seed right from your hand. There is no denying the fact that this is major league cool. Unfortunately, leftover and discarded seed helps to maintain rodent populations to artificial proportions. Not to mention that most of the rats in North America, Rattus norvegicus, are an introduced and highly invasive species. The rats at Morton are major predators of ground-nesting birds and their eggs. Any critter that decides to make a meal of one of these interlopers is doing all of us, let alone Mother Nature, a favor.

Eight minutes later and our hero, who is the hawk, just in case you haven’t been paying attention, was already cleaning its beak on the branch. Less than two minutes later, she was off to another perch, perhaps to search out a bit more lunch. I, myself, was off to another location and as luck would have it, I was not done shooting for the day. JK 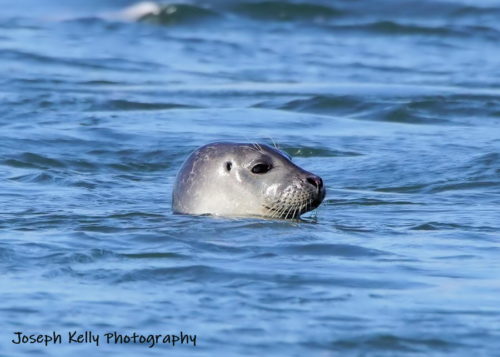 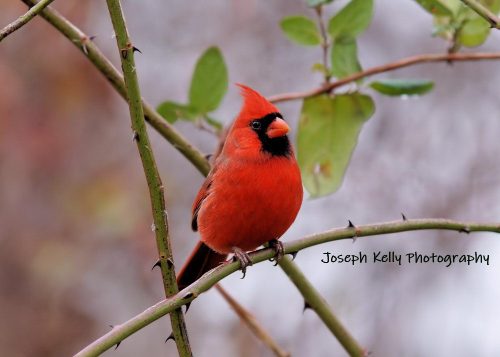 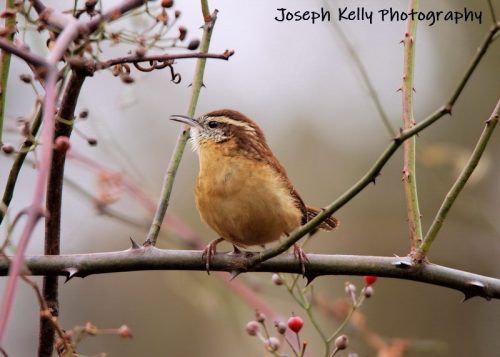