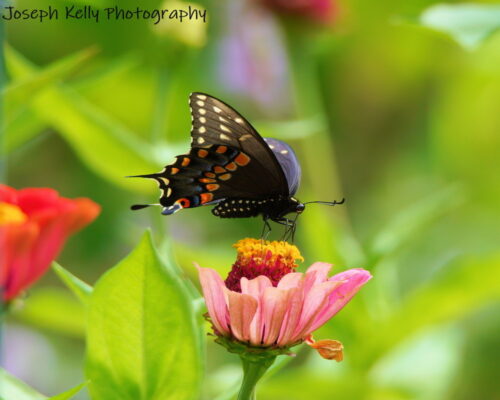 This is a female Eastern Black Swallowtail Butterfly alighting upon a Zinnia flower. Do you know how I know? It is solely because I know several people that are much smarter and more informed than I am. To be quite honest, most of the folks I am acquainted with tend to be much more intelligent than myself. Of course, that’s not a very high bar. 🙂

Friends of mine were able to identify both the flower and the butterfly for me. Actually, I had correctly guessed that this was an Eastern Black Swallowtail Butterfly, but my friend Jody Gangloff-Kaufmann, who is a scientist at Cornell University, was able to further identify this beautiful critter as female. How cool is that? I told you I knew smart people. 🙂 JK 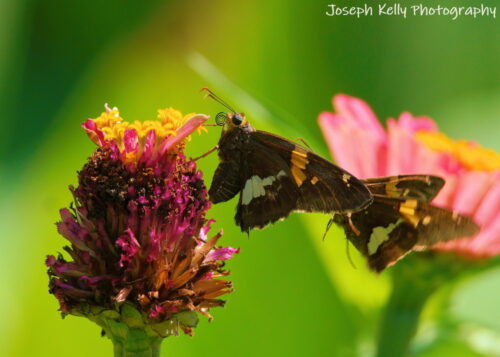 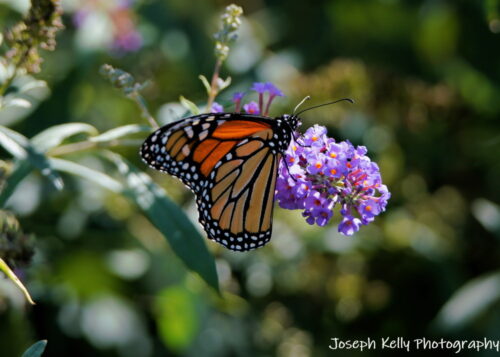 I went to Avalon Nature Preserve in Stony Brook last Monday. Not that I ever need a reason to visit Avalon, but I was hoping for some butterflies and maybe a bird or two. I failed on the birds, and most of the butterflies as well. However, I did have some luck with one very small butterfly. It is indeed tiny, maybe only about the size of my thumbnail. I was lucky to have spotted it at all. 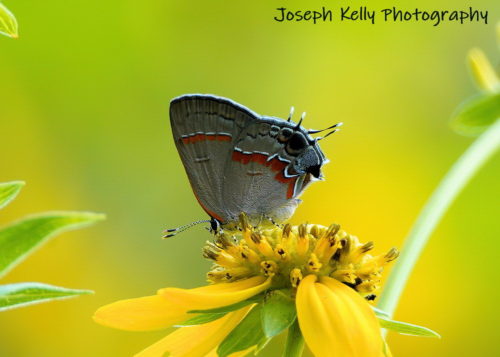 This is one very cool butterfly. It’s called a Red-banded Hairstreak. Many species of butterflies have false eyespots on their wings. Most scientists believe that these eyespots serve one of two different purposes. Some use these eyespots to intimidate possible predators. A large eyespot implies a larger animal, one that may be too big for that predator. Other butterflies use their eyespots as a form of misdirection. An eyespot towards the rear of the butterfly may help convince a predator to strike at a less vulnerable place than the butterfly’s head, which would be most unfortunate indeed. 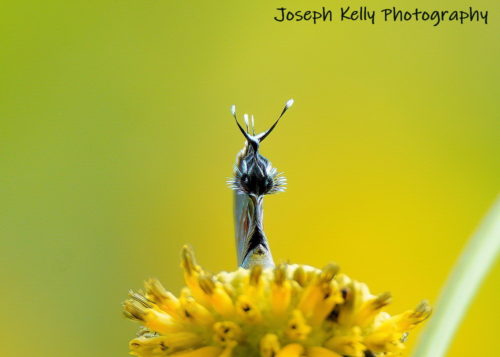 The Red-banded Hairstreak uses the second method, but it ups its game a bit. Its wings form a “face” of sorts that is only seen from directly behind the butterfly. But the trickery doesn’t end there. This butterfly has another ace up its sleeve, or, well, wing. By rubbing its hindwings up and down against each other it causes the two little tails to undulate in a manner that mimics moving antennae quite effectively. Even in a still photograph, you can see how realistic those two fake antennae appear. Now, imagine those two antennae moving in a probing motion like true antennas. It’s a very convincing trick and helps this tiny butterfly escape the local thugs.
And need I mention how beautiful this butterfly is?  JK 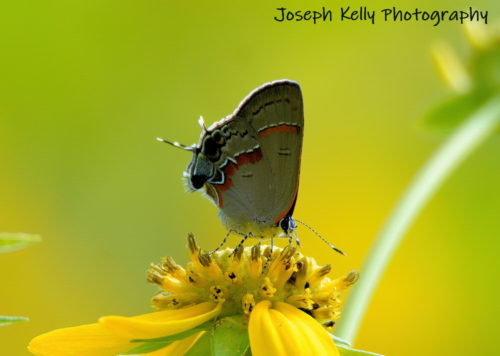