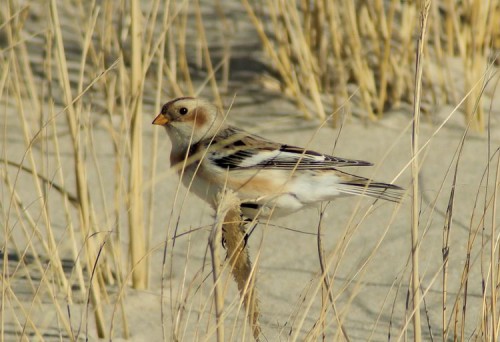 These pics are of two Snow Buntings I saw at Jones Beach in early January. These are extremely hardy birds. According to Sibley, these are one of “the few small birds that can breed in the most extreme Arctic conditions.” The two birds pictured here are in their winter plumage. In summer the males are almost entirely white with a few black patches. I am unsure of the gender of either of these birds but if I were to hazard a guess, I would say that the bird in the photo below is a male. Again, that is just me guessing. I am not a birder and I really don’t who is who. Snow Buntings do migrate in gender-segregated flocks and females tend to migrate further south than males so that is an argument for both of these birds being females. I don’t know. I’m just a guy with a camera and an index finger. JK 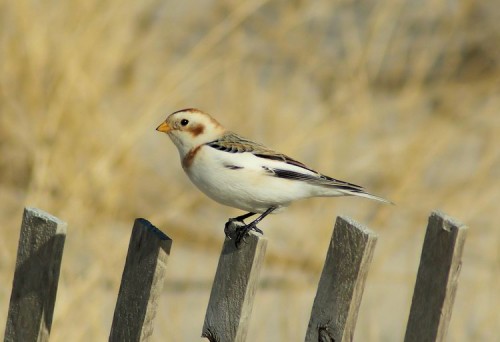