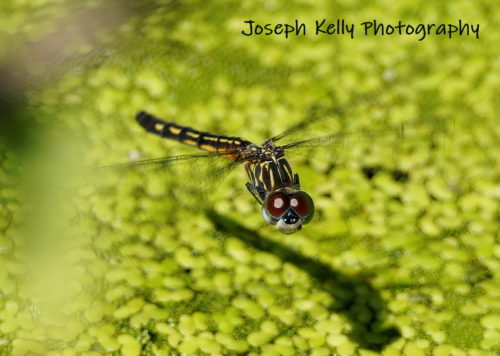 This is a female Blue Dasher Dragonfly. She is hovering just above a still part of the pond in preparation of laying her eggs. She will deposit her eggs, often one at a time, on plants in the water. In the photo below, you can see her dipping her tail end into the water. She does this repeatedly, perhaps in an effort not to place all of her eggs in one basket, er, leaf of Duckweed. 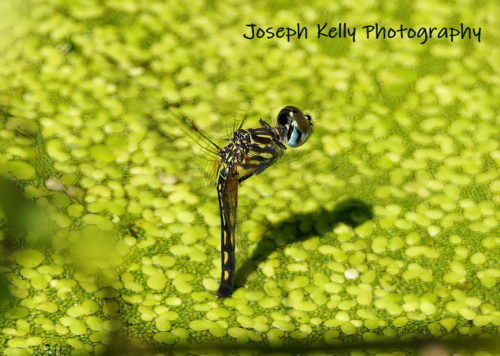 Dragonflies lay their eggs in still water so that the eggs do not get flushed out into areas where there may be fish who would be more than willing to gobble up their efforts. These eggs won’t hatch until next spring. The young that emerge are not mini dragonflies, rather, they are a mid-stage called Nymphs or Naiads. Naiads are very voracious hunters, eating everything from Mosquito larvae to even tadpoles. This “interval” stage often lasts years longer than the “adult” stage of mature dragonflies. This is not unusual for insect species. Some Cicadas enjoy a larval stage lasting as much as thirteen or even seventeen years before emerging as an adult. As the Cicada adult stage only lasts a few weeks, I sure hope their nymphs get a chance to do a lot of reading done in the meantime.  JK. 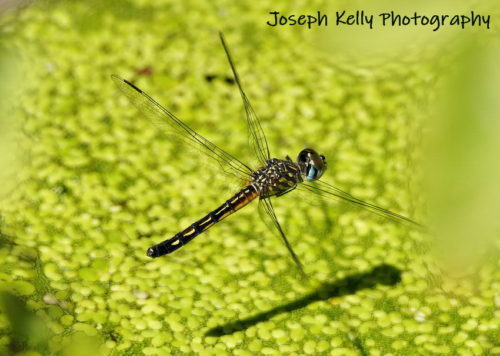 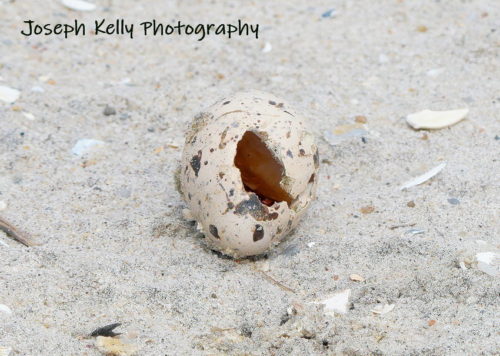 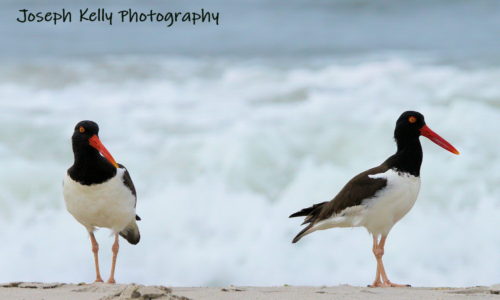 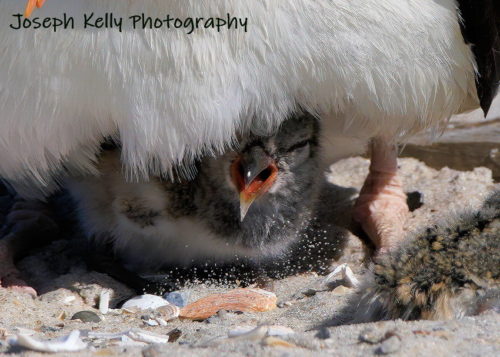 Okay, so here’s some major coolness. Well, at the very least, it’s pretty cool to me. I will attempt to express some of my awe and wonder in these few paragraphs. These photographs capture two baby Oystercatcher chicks on their very first day. These chicks are literally only a few hours old. Each one still has its egg tooth. The egg tooth is that small white nubbin near the end of their upper bills. 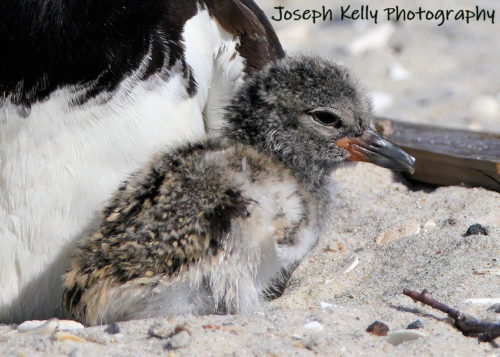 The beak and claws of most bird chicks growing inside of an egg are often undeveloped and therefore not strong enough to allow the chick to break out of the egg when it is ready to meet the world. Nature has provided a solution to this dilemma. A hard, sharp protrusion develops near the tip of the upper beak of the embryonic chick. This is the “egg tooth” and it is used by the emerging chick to break free of its eggshell. Many reptiles and amphibians use a similar strategy. 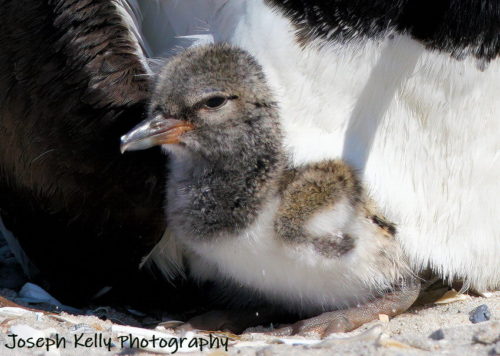 Having been an amateur naturalist since the age of five, I have been aware of the concept of an egg tooth for decades. These photos mark the very first time I have ever seen, let alone photographed, an actual egg tooth. How cool is that? This remarkable structure, no longer needed, will drop off after a few days.  JK 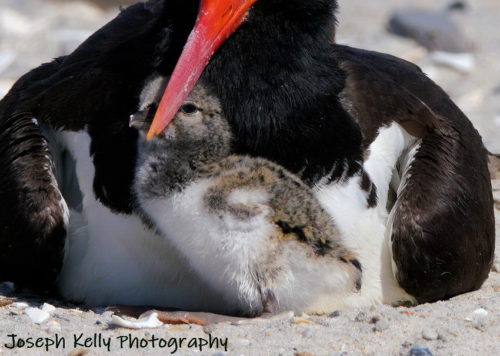 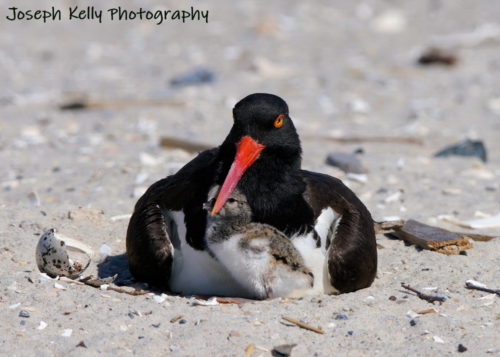 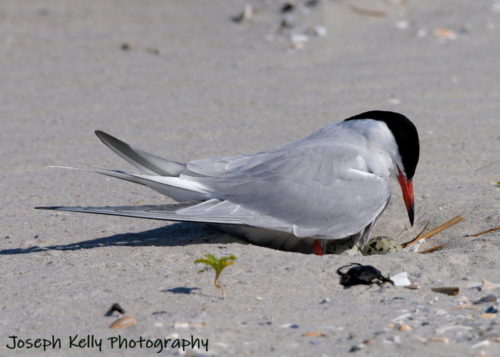 This is a series of photos of a Common Tern tending to her nest. Terns, like many other shorebirds, make very simple nests. Most are usually just shallow scrapes in the sand. Terns depend more on their cryptically colored eggs than on fancy digs to conceal their location. 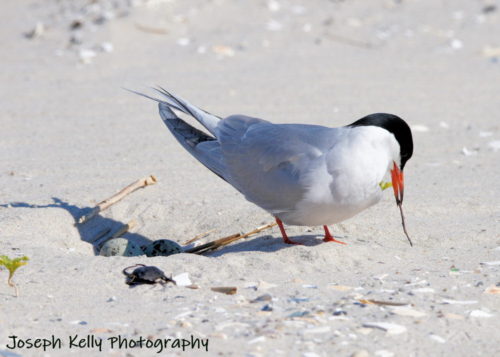 This Tern, however, fancies herself a bit of a Martha Stewart. She’s already laid her two eggs but now she’s redecorating. A little extra sand, perhaps a stick or two, and the place is really starting to shape up. 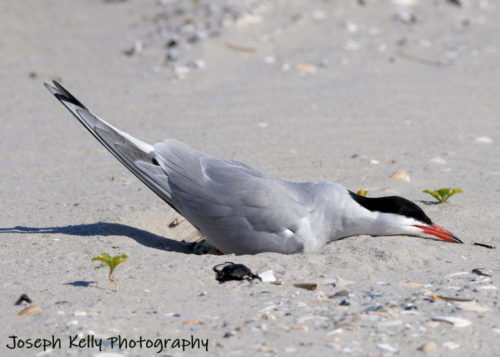 Take note of the skate egg case in the foreground. It’s that small black pouch with “horns” at either end. Some folks refer to them as Mermaid Purses. They’re actually the egg cases to certain species of sharks and rays. But today, it’s about to become a bit of home decor. 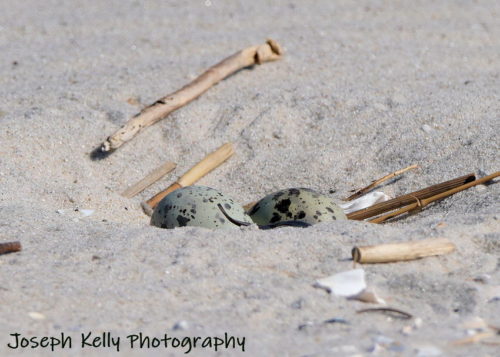 Check out where that Mermaid’s Purse has ended up. If you click on the above photo for a larger view, you may notice one of it’s “horns” sticking up in front of the eggs. A beautiful finishing touch, don’t you think? And now, it’s time for a rest.  JK 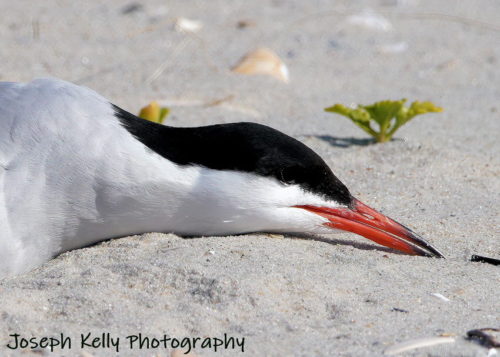