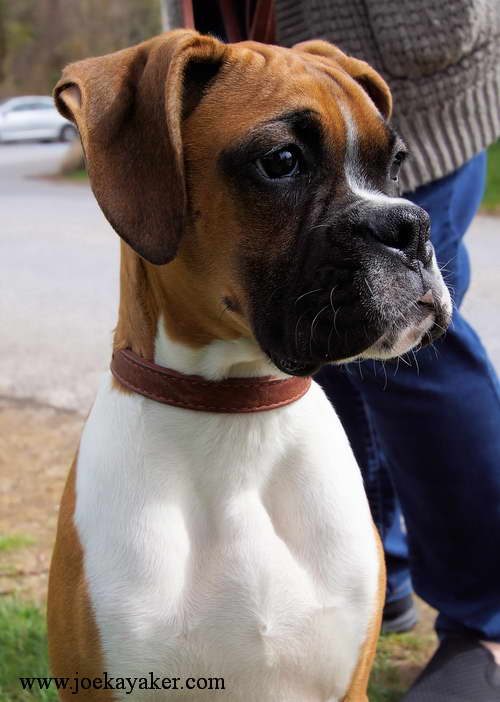 Meet Pirate. These are stately pics of Pirate but, in all honesty, Pirate is not quite stately. Not yet at any rate. I think he’ll get there. Pirate is a four month old Boxer and he is as friendly as you can expect a puppy to be. These photos fail to capture his youthful exuberance or his genuine friendliness. I believe they were taken while his attention was taken away by another passing dog, because Pirate likes meeting other dogs as much as he likes meeting photographers. Pirate is one lovable dog. I hope you get the chance to meet him for yourself. JK 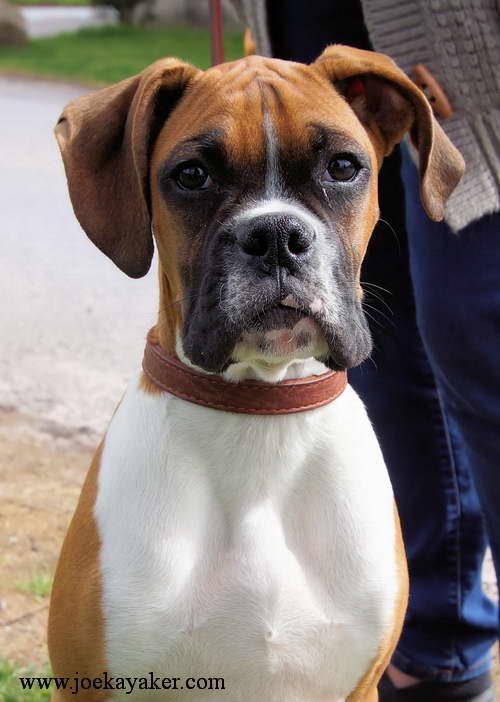