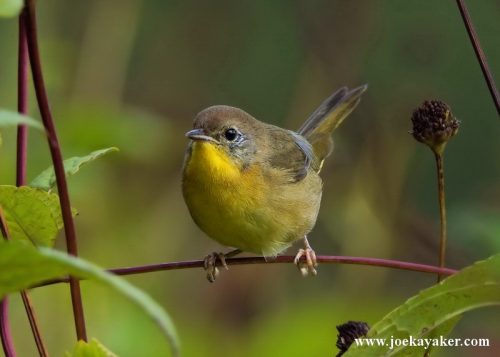 Here’s a cute little guy that I found at Avalon Park and Preserve in Stony Brook. When I took this photo, I was fairly certain that it was one of the warblers and that maybe it was a female Yellowthroat but I really couldn’t be sure of anything. Truth be told, I am not a very good birder. So I sent these pics to my friend Luci from the Four Harbors Audubon Society and she identified it as a juvenile male Common Yellowthroat. So, I was almost correct. And do you know what? I’ll take it. JK 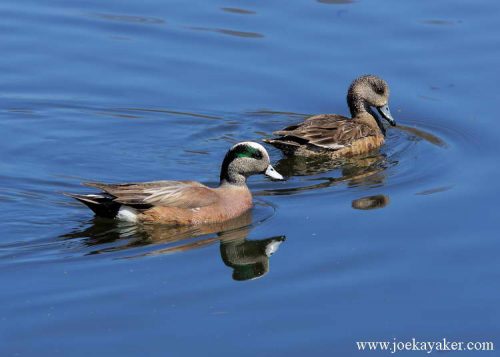 These are Mr. and Mrs. Wigeon out for a tour of the pond. I was lucky enough to catch them on a fairly windless day so I was able to get some decent reflections. I took these pics at Frank Melville Park in Setauket. As I have no doubt said in other posts, this is a terrific place to view wildlife. 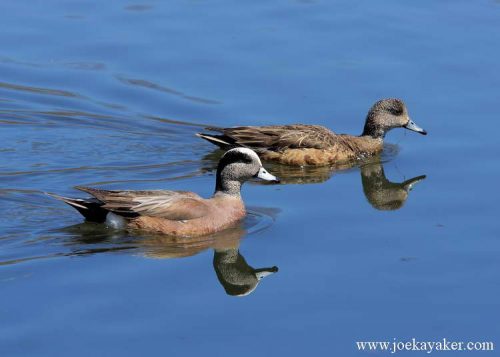 I had been under the impression that these guys would be leaving soon for more northerly climes. When I mentioned this during a recent walk with the Four Harbors Audubon Society, my friend Luci told me that more and more of our ‘winter ducks’, including Gadwalls and Wigeons, have been staying and nesting right here on Long Island.The term ‘winter ducks’ refers to the several species of ducks that fly south to our shores for our comparatively milder winters. I like the idea of having a greater variety of ducks here year round. Maybe I’ll have more opportunities to get shots like these. JK 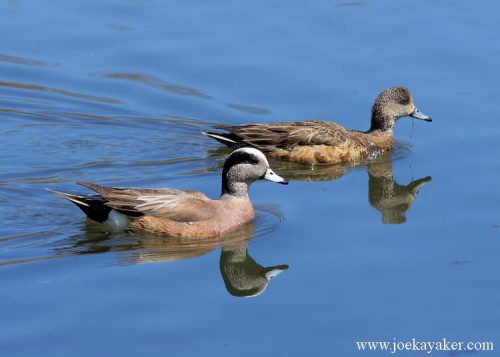 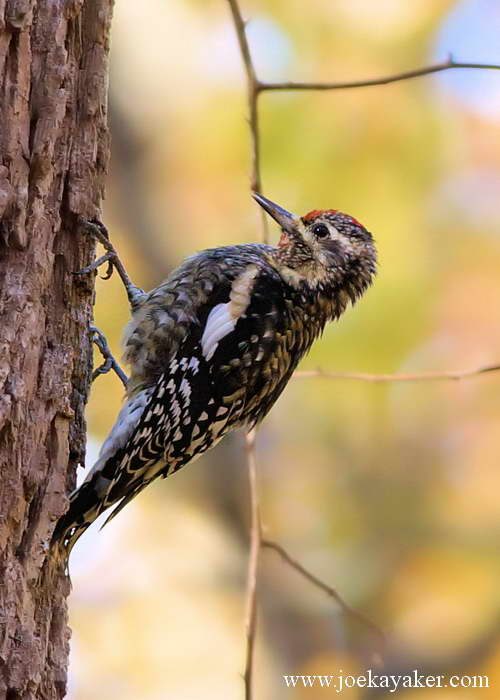 This is a Yellow-bellied Sapsucker, my first one ever. It is probably an immature male and not just because most women I know are always telling me that men are immature. Or maybe they just mean me. I’m not sure. Anyways, back to the bird. I spotted a pair of these working some trees about a month ago at the Morton Wildlife Refuge. They were obviously woodpeckers of some sort but even from a distance I could see they weren’t Downy Woodpeckers, which are the woodpeckers I see most often. When I got home, I grabbed my Sibley’s Guide and compared my pics to the illustrations in Mr. Sibley’s excellent book. I thought I might have a Sapsucker but I very rarely trust myself, especially when it comes to new (to me) birds. So I emailed my friend Patrice from the Four Harbors Audubon Society and she confirmed my guess. I had finally captured the mythical Yellow-bellied Sapsucker. I looked to the skies for falling confetti or blaring trumpets but, sigh, there was nothing of the sort. I did, however, have a new bird under my belt. JK 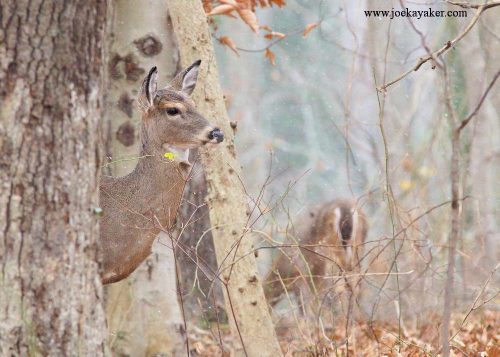 We had our first real snowfall today. Nothing major. I think a total of five to seven inches are expected when the weather clears tomorrow morning. I was on a bird walk at Avalon Park and Preserve this morning when the snow began to kick in. 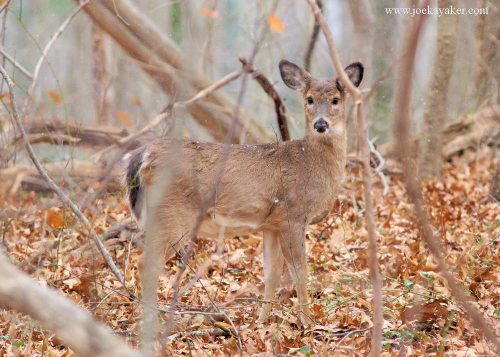 The bird walk was one of Four Harbors Audubon’s regularly scheduled walks. We walk at Avalon and Frank Melville Memorial Park every second Saturday of each month. We had a very small gathering at Avalon, only four of us altogether. I guess the forecast scared some of our regular walkers off. I guess the snow isn’t for everybody. 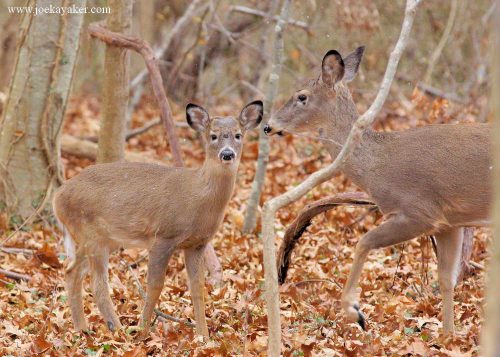 As it turned out, it wasn’t a very big day for bird watching anyway. We saw a few but no great numbers of anything. However, we did come across a small herd of five deer. Three does and two fawns. It was the first snow of the season for us, but for those two fawns it was their first snow ever. They didn’t seem very impressed but the snow was really just beginning when I took these photos. 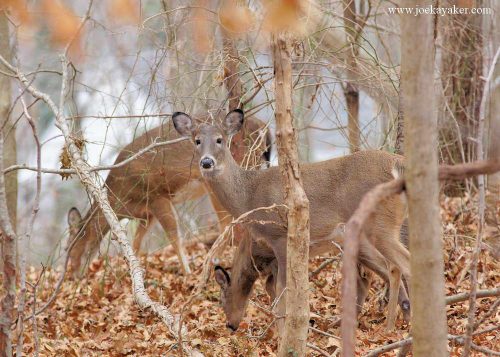 This is a female Orchard Oriole at Avalon Park and Preserve. I took this pic during a bird walk with the Four Harbors Audubon Society. This bird was spotted and identified by Luci Betti-Nash, who leads the monthly walks at both Avalon and Frank Melville Memorial Park. These walks, which take place on the second Saturday of each month are very informative on a wide range of subjects from botany to zoology. It’s not just about birds with this bunch. Our regular walkers include ornithological geniuses, Master Gardeners, and even an expert on insects. I, of course, provide the comic relief. Look, someone has to do it, and it’s the only reason they let me tag along. We have two walks tomorrow, Saturday, September 9, 2017. Maybe you’d like to join us. Click here for more information about the meeting times and locations. JK