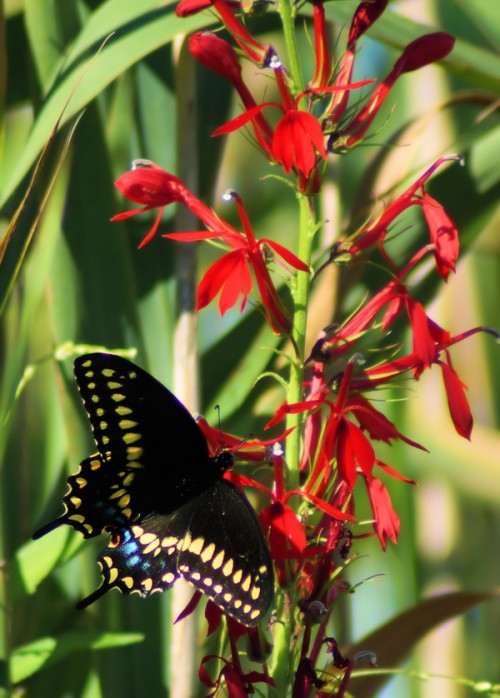 This is a Black Swallowtail Butterfly that I spied visiting a Cardinal Flower along the Lower Carmans River. I was ‘staking out’ the flower in case a hummingbird came by. Cardinal Flowers are a favorite of Ruby-throated Hummingbirds. While I failed to score a hummingbird, I did manage to capture a shot of this handsome brute. JK 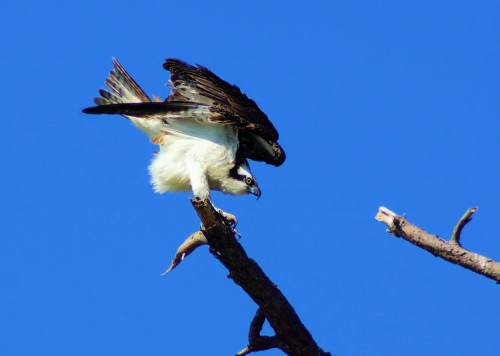 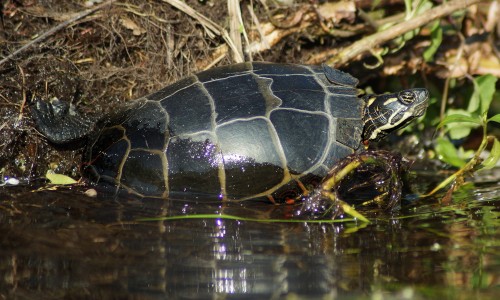 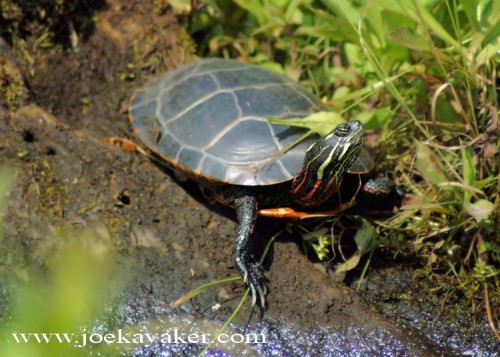 This is an Eastern Painted Turtle that I came across last month while paddling through Wertheim. These very beautiful turtles are regulars in most freshwater environments here on Long Island and elsewhere. I’ve photographed them in Maine as well but these guys can found as far north as Nova Scotia and all the way down to Georgia. I’ve always been a big fan of these turtles so it’s good to know I can find them within such a broad range. That observation points to another: This is a design that works. In fact, the Eastern variety is but one of four subspecies of Painted Turtle. Painted Turtles (and all their subspecies) are native to a great deal of North America. They can be found in more places than any other turtle on the continent. Again, this is a design that works. The Blind Watchmaker knew what he was doing that day. He was also in a very artistic mood at the time because all Painted Turtles are real eye candy. I’m only familiar with the Eastern variety, which I have always found to be the prettiest turtles in these parts, but the other subspecies are also good-looking. In fact, the Western variety looks spectacular although I’ve never seen one in person. Painted Turtles do indeed seem to be painted wherever they’re found. Blind or no, that watchmaker had a real eye for color. JK 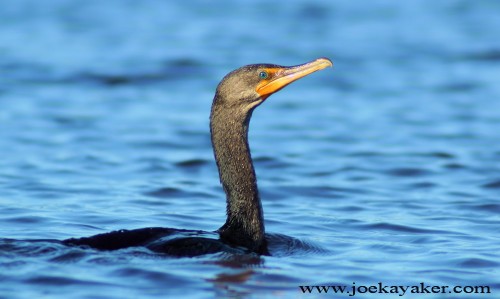 No Frank Sinatra here folks. This is a Double-crested Cormorant. They’ve got the eyes but certainly not the voice. Anyone who has visited a breeding colony of these guys can attest to that fact. You won’t be hearing ‘It Was A Very Good Year‘ or anything close. Frogs cannot croak better than these birds. Nor as loudly. Despite their musical drawbacks, Cormorants truly do make a joyful noise unto the world. JK