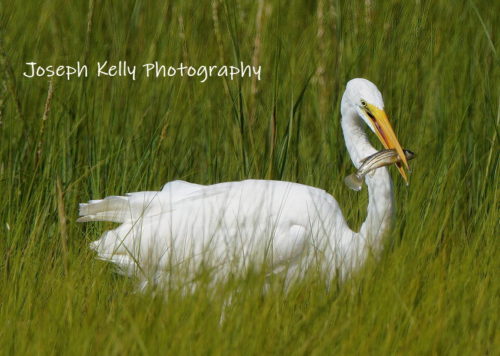 Like the title of this post states, this is a Great Egret with its lunch. Now, even though I am no one’s idea of an informed birder, I have spent enough time near and even on the water to recognize the bird in this photo. However, while I can identify some fish, this particular one was a mystery to me. Luckily, I know some folks that are far more informed than I am. Mike Farina is the Conservation Biologist at the Marine Nature Study Area in Oceanside, NY. Mike really knows his stuff and was able to ID this hapless fish as a female Striped Killifish, which are also known as Striped Mummichogs. I’ve been aware of Killies, as we used to call them, since I was a kid, but I had no idea they grew this large. 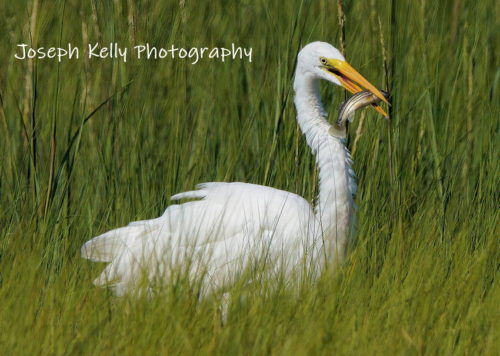 One of the best things about being Joe Kayaker is meeting and knowing people that are in the actual business of working with, studying, and protecting all kinds of species. These folks are amongst my heroes. Honest. Mike and John, Amber, Annie, Chris and several other fine people work hard every day to study, protect, and preserve not only the species that visit Long Island but the very habitats in which they need to thrive in. You rock guys, you really do. JK. 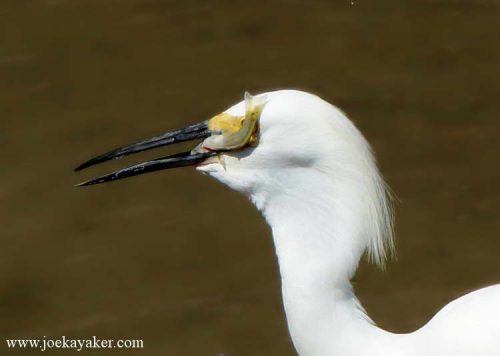 I have a camera lens called a fisheye. This is not it. This is a Snowy Egret that was fishing on the creek side of the bridge near the mill at Frank Melville Park. He’s just caught a fish and is in the process of getting a slap in the face for his trouble. Not to worry, he didn’t even bat an eye – well, actually, maybe he did – before readjusting his catch and swallowing it whole. JK

This is a pair of Spotfin Porcupinefish. They reside at the National Aquarium in Baltimore, Maryland. I was there about four days ago. Whenever I visit a new city I try to check out its zoos or aquariums. The National Aquarium is the best aquarium I’ve ever visited. Eye candy abounds and the displays are top-notch. If you ever have the chance, I heartily suggest that you take the time to visit this aquarium. JK 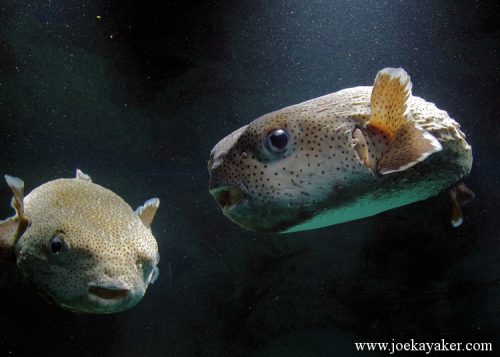 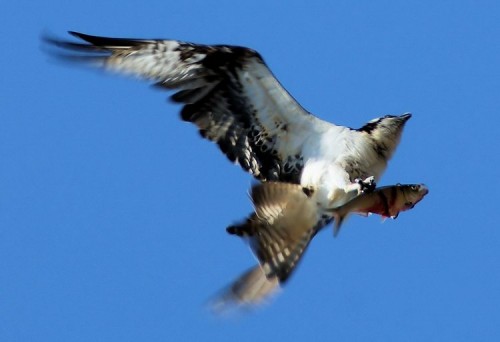 These photos show an Osprey giving fish rides. This rarely documented behavior was exhilarating to see. There is a small man-made waterfall and a fish ladder separating the Upper and Lower Carmans River. Fish ladders, while very accommodating, are still hard work. The Ospreys, sensing this, will often pick a fish up from the surface and ferry it upriver. These rides may not be entirely altruistic, however. Perhaps the birds know that the fish need to spawn upriver and that a little help now will reap benefits for the Osprey in years to come. The fish pictured here may be an Alewife but I am really not sure. My lack of knowledge doesn’t stop with birds. I’m not an ichthyologist either. JK 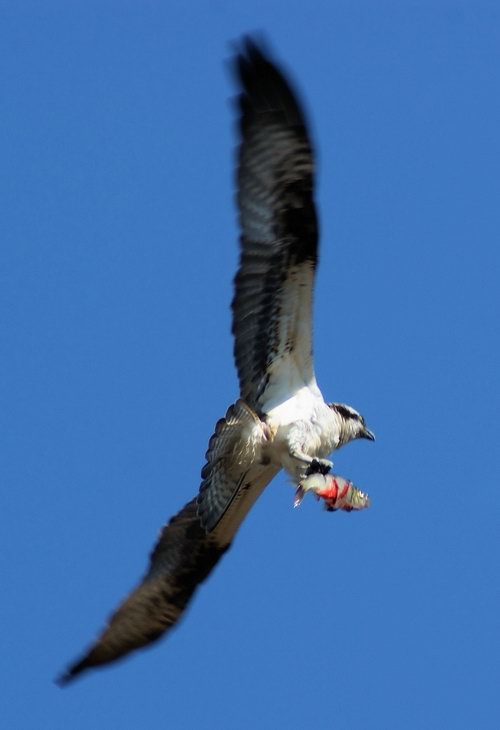 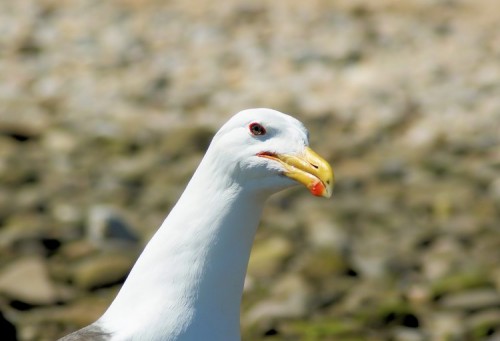 As I was exiting the inlet at Sunken Meadow Park I saw this Great Black-backed Gull enjoying his breakfast near the King’s Park dock. Mmmm, sushi. 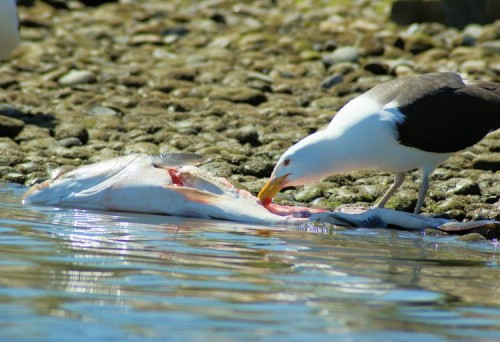 Oh, look. Someone already got the eyes. They’re my favorite, too. JK 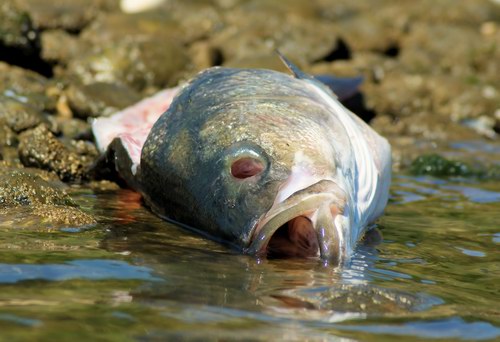