This is a Diamondback Terrapin. A brand new one. Handsome little beastie, no? 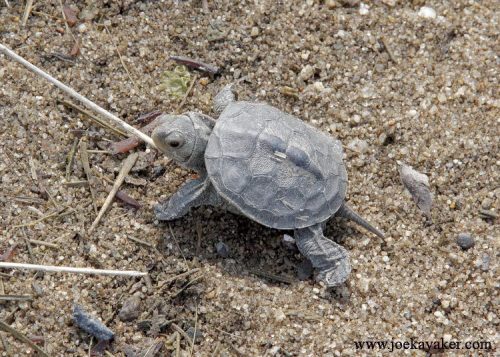 These pics were taken almost a year ago at Sunken Meadow State Park. (Yeah, I’m still behind on my posts). It was the start of a good day. I didn’t know that yet, or rather, I didn’t know how good it was going to to be. I did know that it was a fine morning to be walking the beach and maybe for taking some decent pics. It was late May and I was enjoying a morning before the sweaty days of summer here on Long Island. I couldn’t know it yet, but before my visit was through I’d get some fairly decent shots of a Piping Plover patrolling the beach. Not to mention these pics. 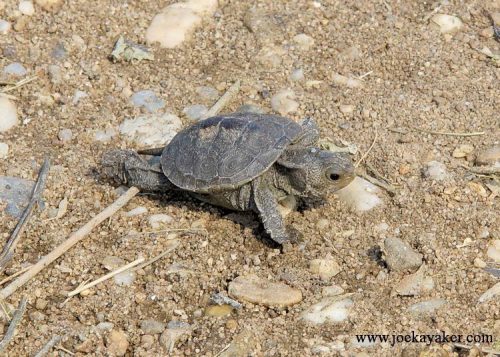 When I came across this little one – (check out the photo below to see how tiny he was) – I was looking to take pics and video of the hundreds, heck, maybe thousands of Fiddler Crabs that inhabit this little spit of land when I noticed this guy booking away right beneath my feet. I very nearly stepped on him. I failed, completely, to get anything useful of the Fiddler Crabs that day, but just look at what I did get. You can never know what you’re going to find when you step out the door. 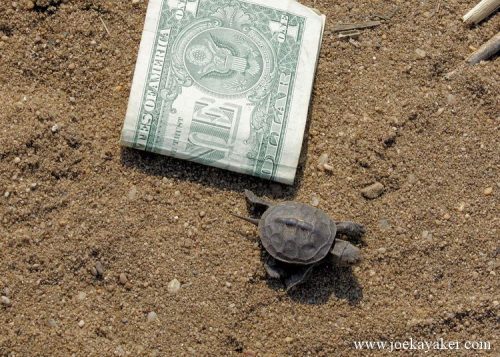 All we need to do is take that step. Just look and see what’s waiting for us. This and other little wonders are out there every day.  JK 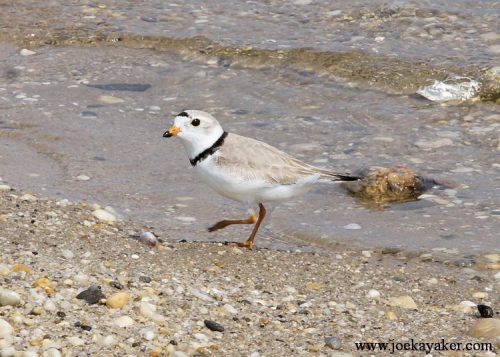 More pics from last year. I’ve still got a bit a catching up to do. This is what comes from being too lazy to go over my photos after taking them. However, laziness is not my only excuse. 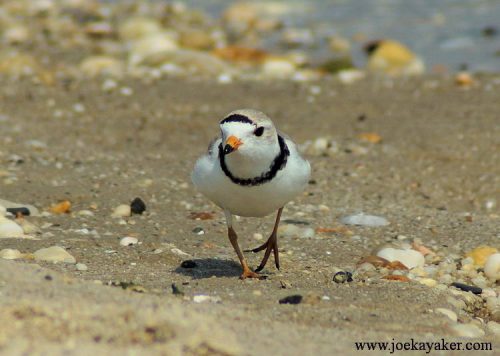 Procrastination also comes into play here as well. While I am usually fairly gung-ho when it comes to taking pics, I have to admit that writing about those pics does not always come so easy. Not to me, at any rate. It’s one thing for me to go out hiking, (or kayaking, as the case may be), to find critters or scenes to photograph but quite another for me to write about said photographs. I don’t need to appear particularly intelligent while I’m wielding a camera. Writing requires a whole different animal and I am never quite sure that I’m the right species. 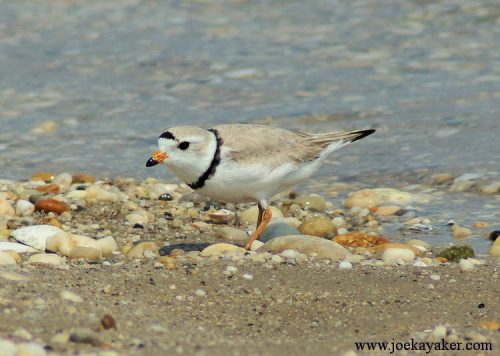 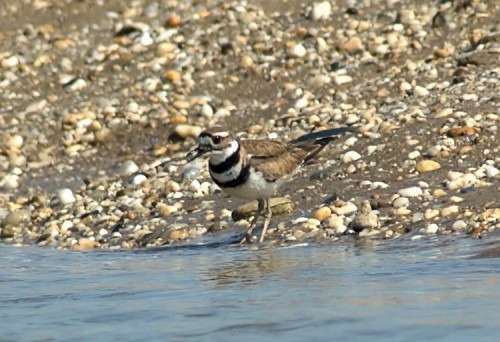 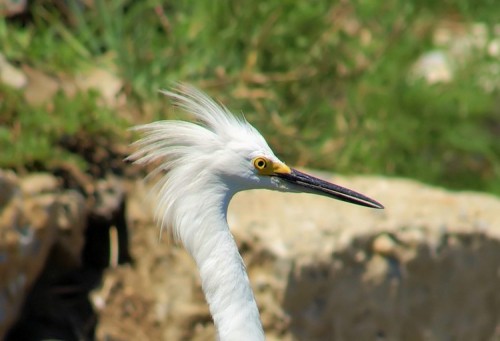 This is a shot that I took over a year ago at Sunken Meadow Park. This Snowy Egret had raised the plumes on the back of his head giving him the appearance of a punk rocker. Does anyone remember Billy Idol? It wasn’t that long ago, was it? I think I’m showing my age. JK 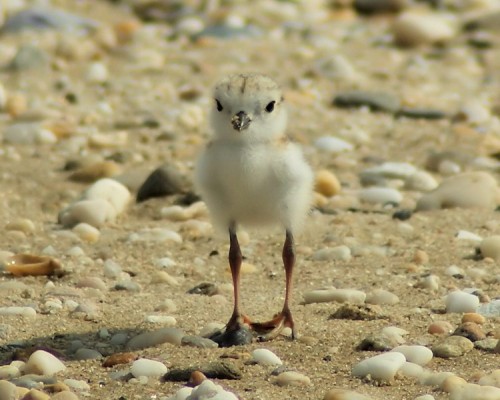 Earlier this week I promised to post some pics of Piping Plover chicks. This little guy seemed as interested in me as I was in him but a few peeps from Mom and he headed back to her. 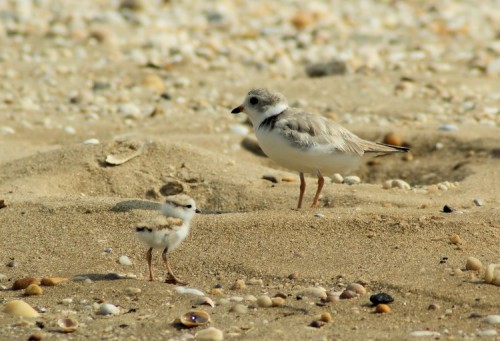 This shot of a chick with one of its parents shows the size difference between the two. Piping Plovers are not that big to begin with.

These guys are very difficult to photograph. When they’re moving, they’re moving fast. And when they stop, they melt right into the background. Those fuzzy edges just disappear and you can’t tell the bird from the sand. 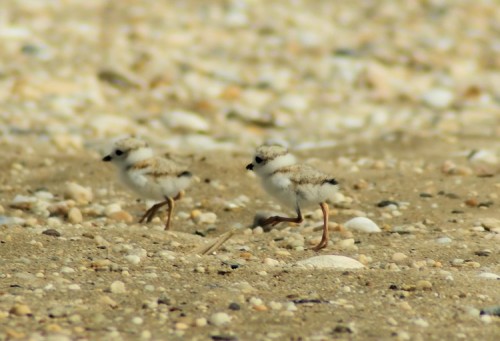 June 12 was the first day I saw one of the plover chicks over at Sunken Meadow Park. I only saw the one chick that day but I’ve seen others since, but never in any great numbers. I don’t think I’ve seen more than five chicks in any one visit to Sunken Meadow. Of course, my view of the nesting area is from the water inside the inlet, so I don’t see all there is to see. You can walk around the perimeter of the nesting area but I prefer to disturb the birds as little as possible. 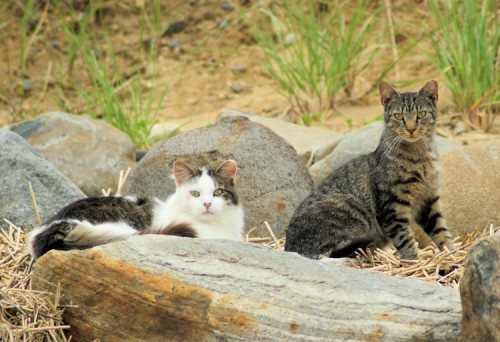 Now, anytime you have chicks on the beach, you’re going to find some cool cats checking them out. These two felines were at the base of the bluffs at Kings Park dreaming of ways to get across the water to Sunken Meadow. At low tide you or I can walk right across but I don’t think it’s a trick a cat wants to try. JK