This is a photo of two Red-eared Sliders. The one on the left is a male. An old male. How do I know this, you ask? A good question, deserving of a good answer.
First off, let’s tackle the gender issue. I can tell this fellow is a male by the length of his front claws. Male Sliders tend to have comparatively longer front claws than their female counterparts. Check out the claws on the turtle on the left, which is a female Red-eared Slider. The male uses those longer claws for a better grip on date night. He also uses those same claws during courtship when he is trying to woo his mate. He waves them around in her face as if to say, “Check these out, I just had them done”. 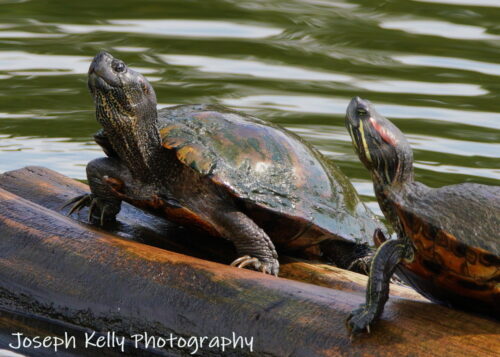 Now, onto the question of age. Outside of those claws, and some differences in the length and width of the tail, as well as the location of the cloacal opening, male and female Sliders tend to look very similar throughout their lives. And while the females do grow larger than the males, such differences are not always apparent in photographs. For example, one could be looking at an older, full-grown male and a younger and smaller female.
However, some older male Sliders develop Melanism, which is a fancy word meaning that they start to get darker skin. The darker skin begins to obscure the colorful markings they’ve had all their lives. If you click on the photo, you’ll see a larger version in which you’ll notice that while our gent still has some yellow on his face and neck, it’s difficult to see the actual striping. Not to mention that his red “ear” is almost completely hidden. I’ve noticed that even the eyes get darker and lose their coloration as well.
There’s another male Slider in this same pond with even darker skin and completely black eyes. I don’t know if that turtle is older than this one. Even with us humans, some of us get grayer before others.
Here’s another thing I don’t know about aging Sliders. Does their lack of coloration affect their ability to attract mates? Or, do aging Sliders no longer actively seek mates? One thing I have observed over the years – and I had never thought about till this blog post – is that I have never seen an older, melanistic Slider attempting to woo a female. Hmm, food for thought, dear readers. JK 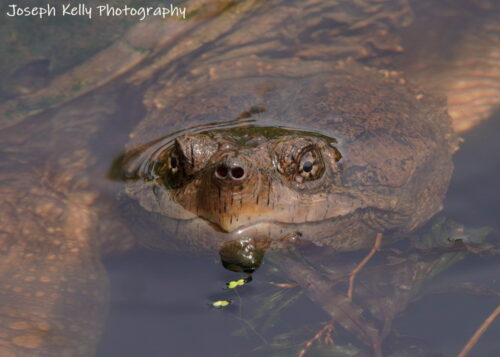 This beautiful monster, (or is it monstrous beauty?), was eyeing me as I took her photo. I was at Frank Melville Park in Setauket when I spied her below me as I was checking out the numerous Red-eared Sliders that were basking upon logs. I often see all too many Sliders, so finding this behemoth was a real treat.  JK 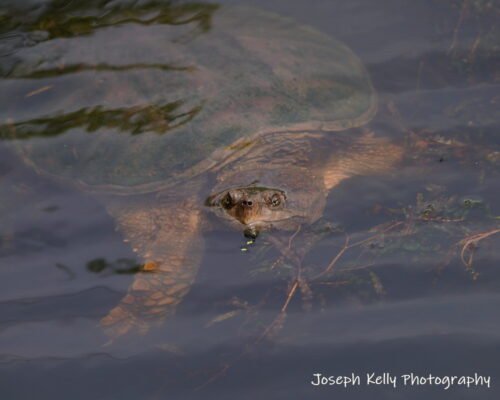 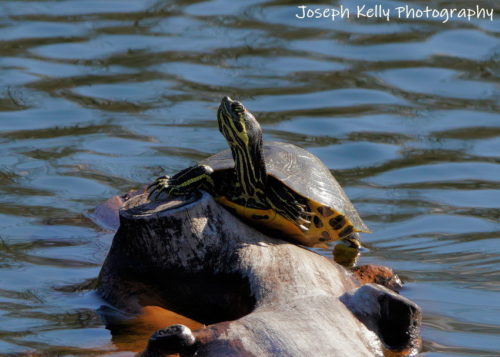 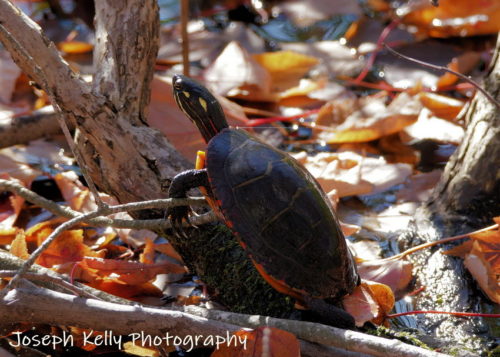 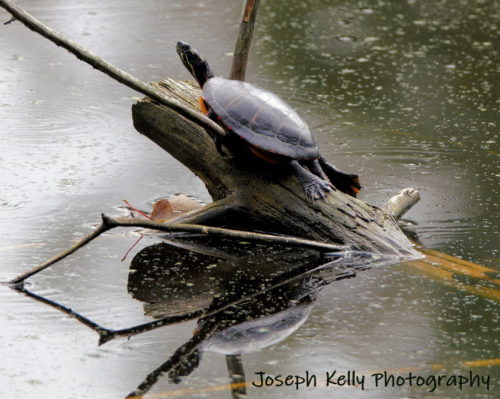 Look, you can’t always pick your shots. This Eastern Painted Turtle was one of the few possible subjects that sat still long enough for me to grab a photo of on this very dark day that threatened rain at any moment. As it happens, the threat proved real but at least I was able to grab this shot. Mother Nature was cutting me a break. JK.