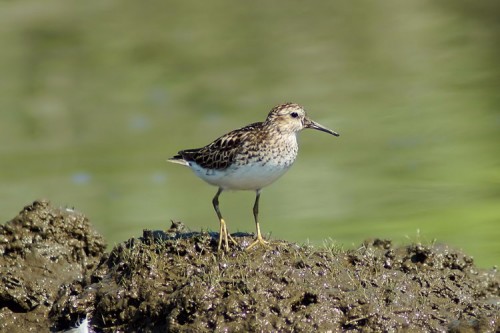 Now this is a very cool thing. Well, at least to a nature geek like myself. A couple of weeks ago I managed to take some decent pics of a Least Sandpiper on the Nissequogue River. These shots are of the same bird on the same chunk of mud taken only one second apart. In the second shot I captured the bird yawning. Check out its upper bill. How cool is that? I see these little guys on the river quite frequently but this is the first time I’ve been able to grab a shot like this. It’s one thing to read that many shorebirds have flexible bills but to actually see in it action is another. JK