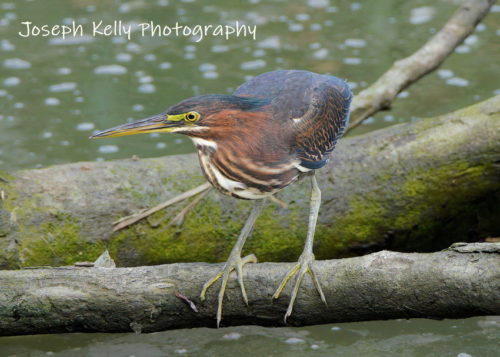 This is a pair of pics of a juvenile Green Heron at Frank Melville Park. The key word here is juvenile. You see, a pair of Green Herons has nested at the park for at least the past four years. Unfortunately, after three years of producing three chicks each season, last year’s nest failed. Twice. Both nests were destroyed by storms. It was the first time in at least four years that our park’s Green Herons did not produce any young. Stuff happens and yada,yada,yada, when nest failures occur, sometimes the returning couple do not return. I was fully aware of this and I was worried that “our” Green Herons might not return. However, earlier this year, I saw at least one of the Herons bringing nest materials to the same small island that they had used in the previous years. Alas, nothing ever came of it and no nest was ever fully completed there. I feared the worst. Fast forward to last week when I saw this very beautiful and very welcome bird fishing in the estuary behind the Mill. Now, I cannot be certain that this youngster is the offspring of the couple that used to nest at Frank Melville each year, but I choose to believe so. JK. 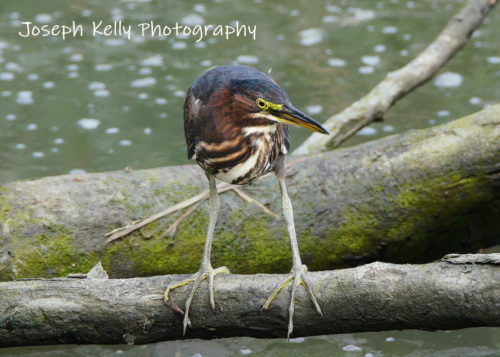