This is Herman, a fairly new resident at a stable out east. He is, quite literally, a handful. Only a handful. It’s been years since I last held such a small kitten and let me tell you, it was cool. To be honest, I enjoyed it a lot more than Herman did. He was much more interested in exploring his world than in meeting new humans. I’m not so sure I blame him. It’s real pretty where he lives. 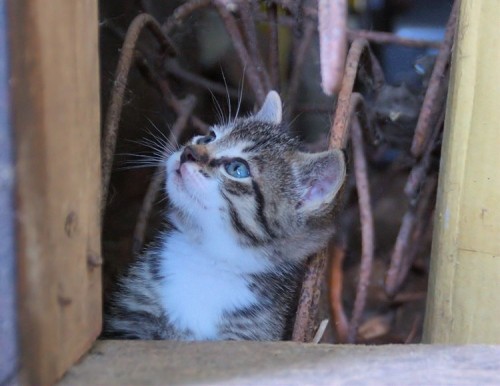 This young guy is Louie, brother to Herman. He’s a bit shyer than his charismatic brother but he is a roamer of great distances, (across the street), for such a little man. I’ll be taking more pics at the stable and I hope to see more of these two guys as they grow older. JK

3 thoughts on “Herman and Louie”