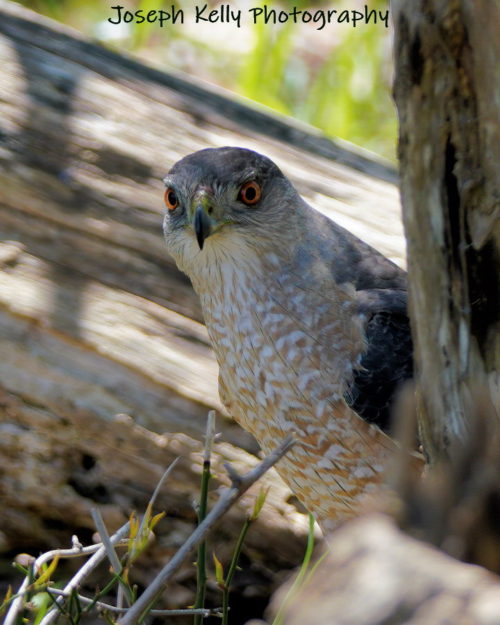 This is a pair of pics of a Cooper’s Hawk I came across while I was hiking out east. She looks like she might be playing “hide and seek.” If I were the one hiding, I would sure be hoping that she never finds me. She looks very determined. JK 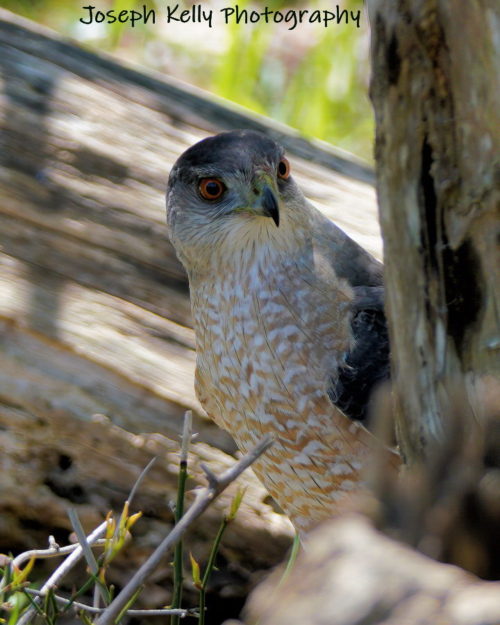 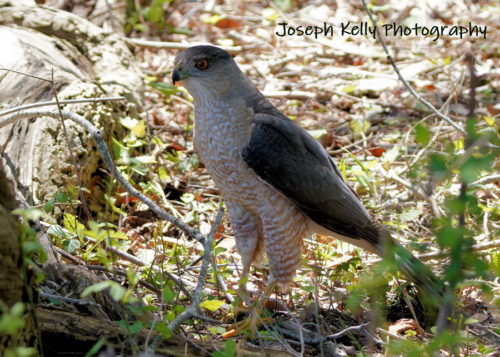 I was visiting one of my favorite places, Morton Refuge in Sag Harbor when I found this beauty, or rather, when this beauty found me. She wasn’t looking for me. She had had her sights set on a Chipmunk. We both did. When I saw the Chipmunk, I took my camera and tripod from my shoulder and began to set up for a shot. However, before I could snap a single shot, the Chipmunk dashed off. Moments later, this hawk swooped in and began searching the area where the not so hapless Chipmunk had ran to. We were both out of luck. JK 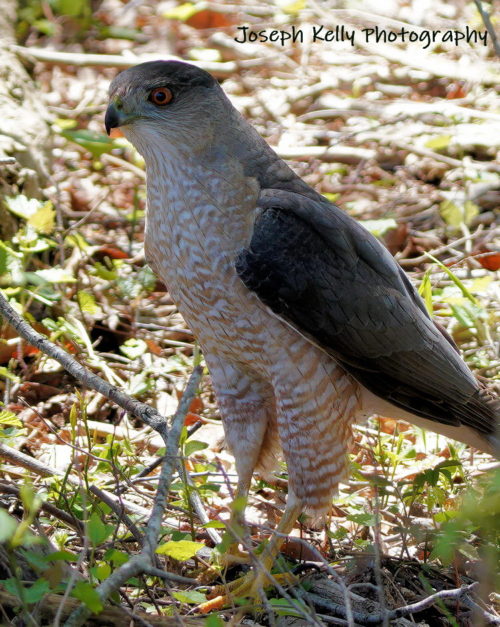 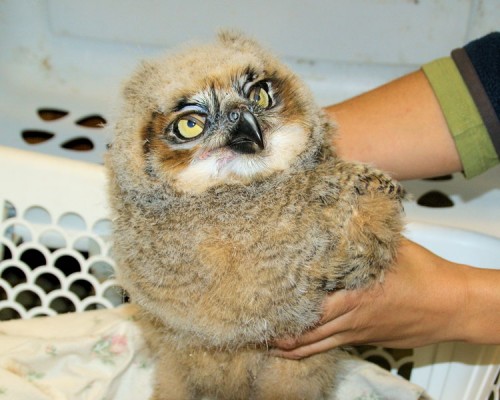 I stopped into Sweetbriar Nature Center a couple days back. I stop into Sweetbriar fairly often but on Sunday I was there to hear a lecture on the talon strength of various raptors. That’s raptors as in birds like falcons, hawks, or owls – not those wonderful critters that Steven Spielberg brought to the big screen. While I was there, I got to meet some of the new charges in the rehab room. This is one of the perks to being a volunteer there. You get to see all the really cool stuff. 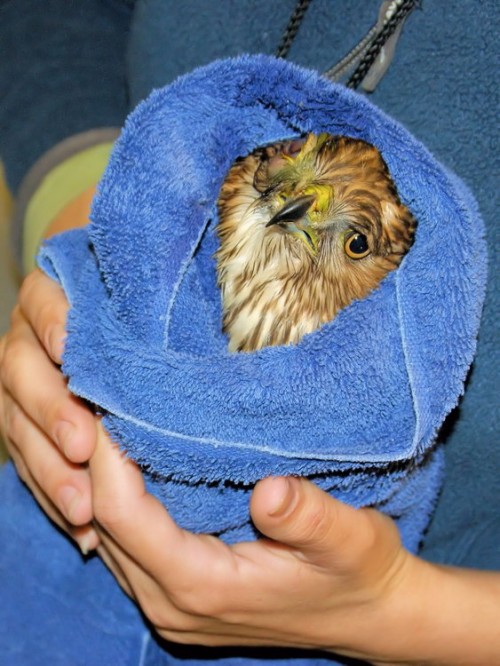 As chance would have it, two of the cooler new patients were raptors. The bird at the top of the post is a baby Great Horned Owl.  These guys are beautiful from the get-go. Super cute when they’re young, and then just plain magnificent as adults. Check out the size of him. I’ve got a cat that isn’t any bigger. This “little” one apparently has some soft tissue damage in one or both of its legs and has difficulty standing upright. He’s greatly improved since his arrival but he’s not quite ready for the great outdoors just yet. Don’t be alarmed by those eyelids. That’s its nictitating membrane. It’s sort of a second eyelid. 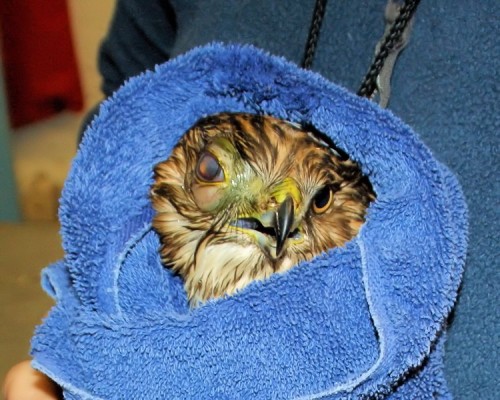 On the other hand, there is definitely something wrong with this bird’s eye. This adult Cooper’s Hawk has an infection and its eye is both very swollen and clouded. It was really nasty looking on Sunday but I’m told it’s already looking much better. Another feel-good story at Sweetbriar. JK