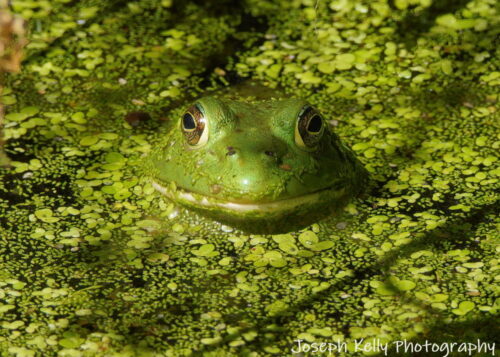 These are two photographs of Wood Frogs. The male is in the pic above and the female is below. As you can see, the two genders look fairly different than each other. The male is darker and largely brown in color. The females tend to be lighter and often wear a rust coloration. Also, while you cannot tell in these photographs, the female is the larger of the two. 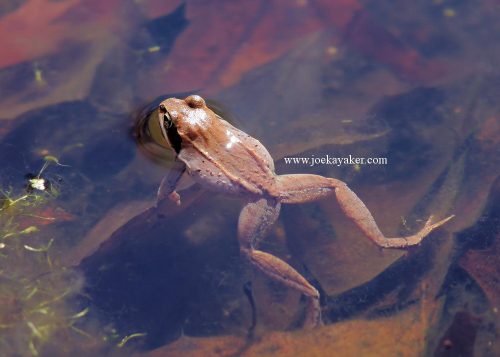 In early Spring, the males and females head for freshwater ponds and lakes. The males sing out their calls, which, believe it or not, sound rather like ducks quacking. The female finds her prince and lays her eggs. Once she has done so, the male fertilizes the egg mass and then everybody parts ways till next year. The photo below is of one of the egg masses. After the eggs hatch into tadpoles and the tadpoles morph into juvenile frogs, this new generation will also leave the pond, only to return the following year. JK 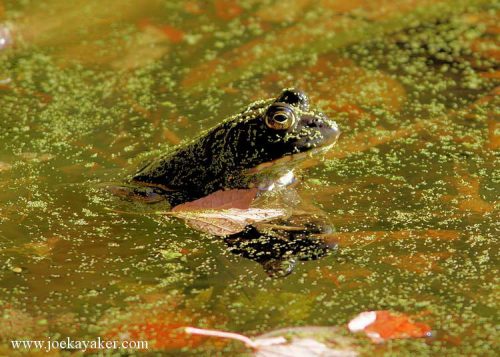 Bullfrogs in November? On Long Island? It’s a world gone mad. Or warm at any rate. This has been an amazingly mild Autumn here on Long Island. There are still Monarch Butterflies fluttering about that should have been on their way to warmer climes weeks ago and just two days ago I came across a pond full of frogs. I was walking through Morton Wildlife Refuge in Sag Harbor when I came across these two handsome brutes and several of their friends in a small pond. To say I was surprised would be an understatement. I mean, who would expect to find frogs sunning themselves this far north this late in the season? Heck, it’s not even their season. I went to Morton to look for turkeys, not frogs. I didn’t find any of the turkeys so I guess I’m happy to have seen the frogs. Happy, but a little confused. JK 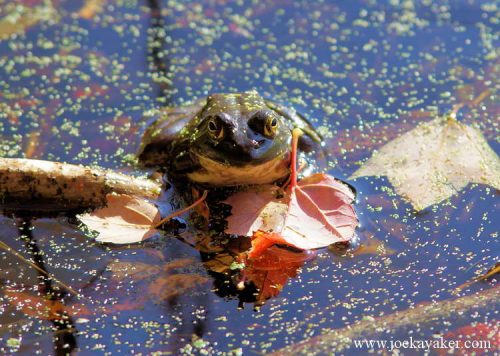 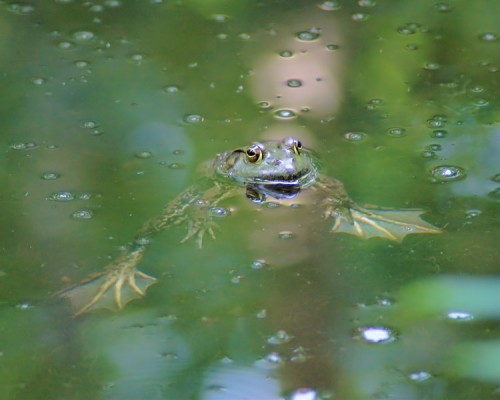