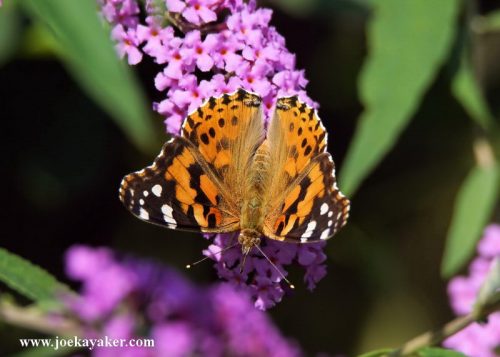 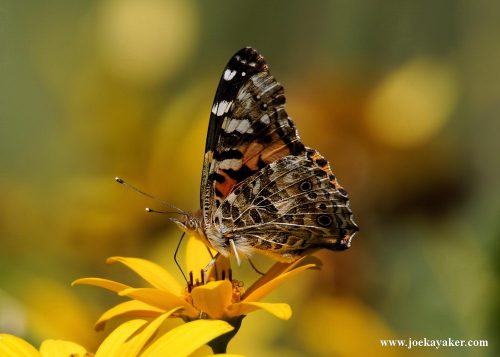 This was very good summer for butterflies. I seemed to see them in almost every park I visited. Avalon Park and Preserve in Stony Brook was absolutely alive with all sorts of these lovely critters. Here are a pair of photos of a Painted Lady Butterfly that I took there. Monarchs may get all the press but I think these beauties are just as wonderful as any Monarch. JK 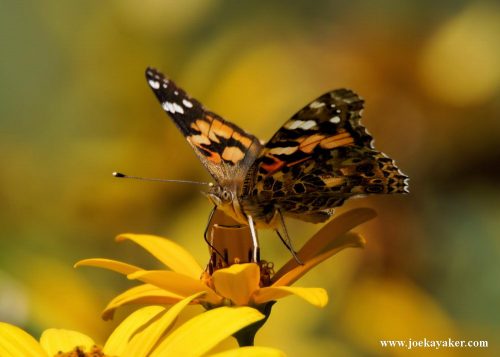 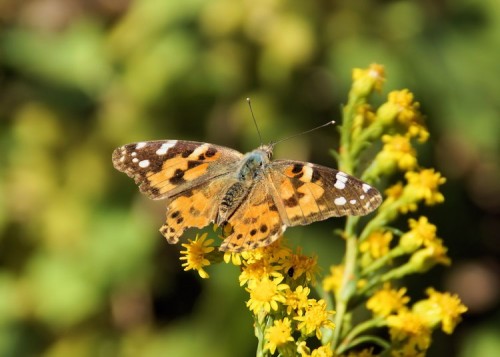 Two weeks ago I found myself on Young’s Island in Stony Brook Harbor. The island is largely made up from the sand dredged out of West Meadow Creek and Stony Brook Harbor itself. Despite being man-made, the island is now DEC protected, and no one is supposed to land on there. It’s protected because it has become a very important nesting area for Piping Plovers and Least Terns, both of which are disappearing far too quickly. It’s also a very popular nesting area for several species of gulls and shorebirds. This is a good place to spy Oystercatchers, which just might be the most striking looking shorebirds that grace our fair island.

Now, this post is supposed to be about the butterfly in the photographs, correct? What’s all this yakking about protected species and islands? And what was I doing on a DEC protected island in the first place, right? Well, dear reader, while I rarely mention it, I am a member of the Four Harbors Audubon Society. Shucks, I’m even on the board. I’m the photographer. Now that’s a surprise, huh? Anyways, for the past two years, Four Harbors has received permission to kayak to Young’s Island and clean it up. I like to volunteer, because while picking up trash is even less glamorous than it seems, it affords me the chance to photograph some almost unspoiled shore land, and the critters within. Plus it’s kinda cool walking around where few others get to go. Of course, we’re not the only only ones who actually go there. Not all of the trash we pick up is washed ashore. This year, one of the larger pieces of garbage was a four person tent. It would seem that others enjoy being here as well. I don’t blame them for being there, I just wish they’d take their belongings with them. 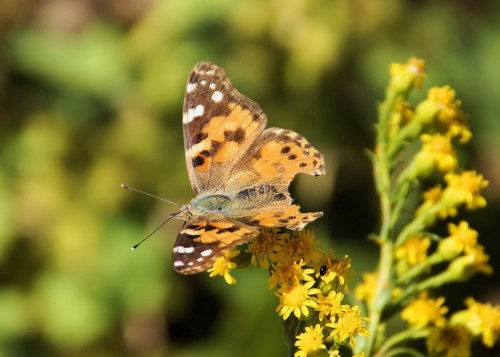 Alright already. Yes, these are pics of a butterfly. A Painted Lady Butterfly. I know almost nothing about them, even my friend Sue from Four Harbors had to identify it for me. The only thing I know about Painted Ladies is that my Mom always told me to steer clear of them. I don’t understand; I mean, it’s just a butterfly. Mom never warned me about wasps. Go figure. JK