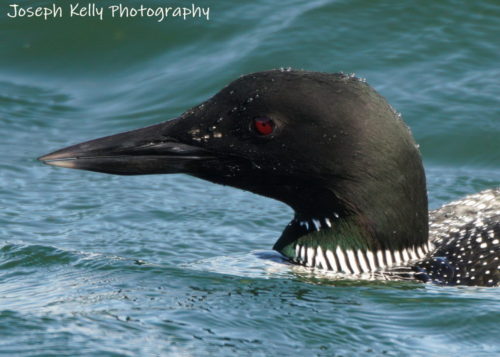 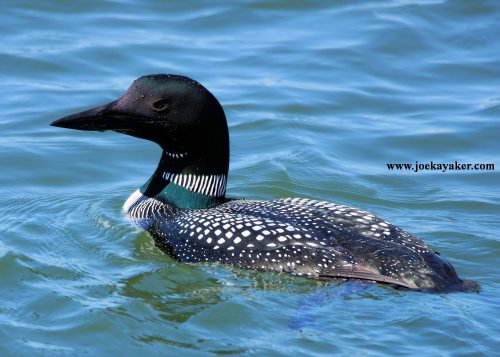 Two posts back, I shared a pair of photos of a Loon I had encountered in Stony Brook Harbor. Those photos were well received both here and on Facebook. So, here are two more for you to peruse. They are all of the same bird, but what a beauty this bird is. Loons in breeding plumage are truly a sight to behold. JK. 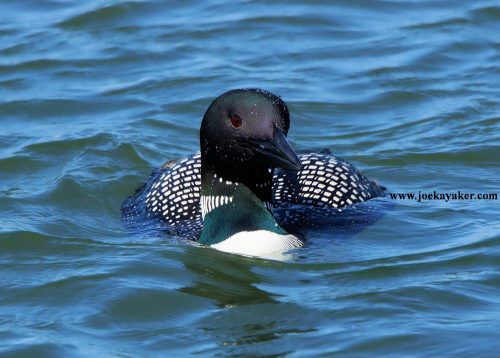 This is a Common Loon in all it’s breeding plumage glory. This is one beautiful bird. Loons often winter here on Long Island before heading north to breed and raise families. Unfortunately, their winter plumage is very plain. It’s not until Spring that they get that black and white checked body and neck or that wonderful green cummerbund on the lower part of the neck. This particular bird is one of the final holdouts left here on the Island. I imagine he’ll be gone by next week or even sooner but in the meantime, it is a real treat to see such a  magnificent bird in the harbor. JK 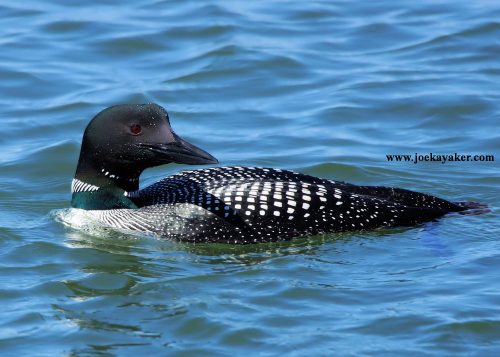 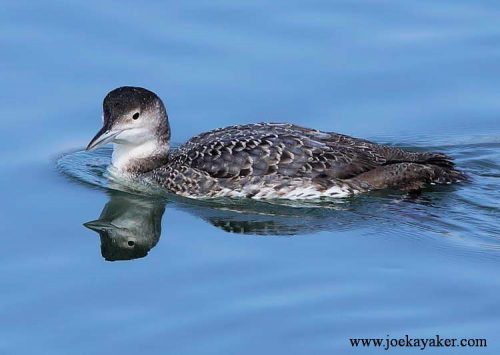 So. I had hiked along the upper fields of Avalon one morning and I saw a bird. As in singular. As in one. It was small and dark and deep in the brush. It may have been a Junco. A lonely Junco at that.

Needing something to calm myself from all that excitement, I drove to Stony Brook Harbor where I saw gulls and more gulls. And then, even more gulls. There were more gulls than you could shake a stick at, even a really big one. So I sat and I waited. I read my Kindle. I played solitaire. I glanced up from time to time and, yep, the gulls were still there.

Another half an hour goes by and still more gulls. I was feeling quite gullible when I noticed a change. A giddy change, a downright loony change. There was a Loon. (Cue Katherine Hepburn: “The Loons, the Loons!”). There was Loon. I know I already said that but after all those gulls, there was a Loon. A Loon! I took some pics as it slowly drifted off.  Then it was just me and the gulls again. 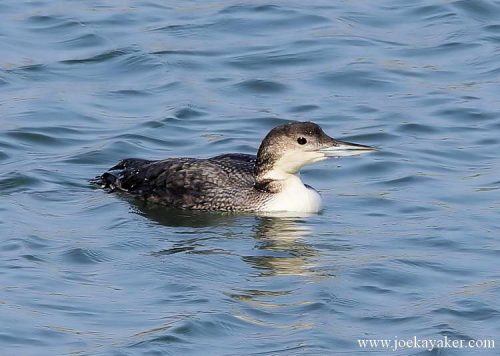 Eventually, another Loon appeared. Maybe it was the same one, I don’t know. I started up with the picture taking again. This time, I noticed a bunch more. Most of them were near where West Meadow Creek empties into the harbor. There were at least 14 of them. There may have been more but they were fairly spread out and with one or another diving and bobbing back up, it’s hard to be certain.

Most of them were too far off for me to get any good pics, but I did get lucky with a few. It seems that crabs were the lunch special for the day and, to my surprise, I think they were swallowed whole. The Loon would come back to the surface, shake the crab free of any sand and grit and then, gulp, it was gone. The crab, not the Loon. 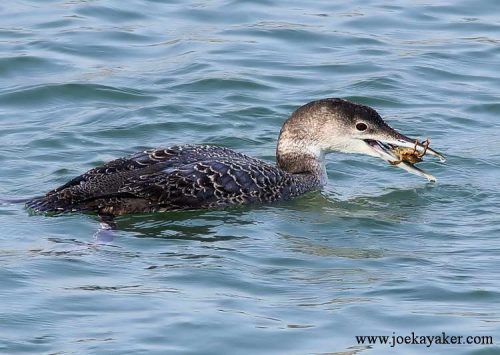 As I headed back to my truck I checked, and yes, the gulls were still there. JK