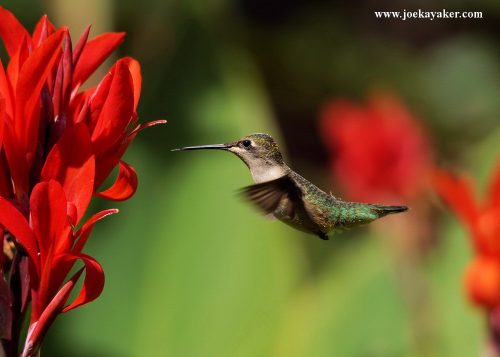 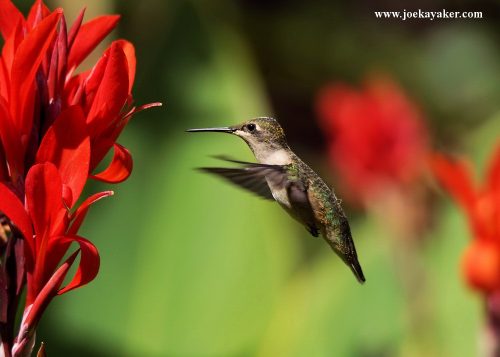 These photos weren’t taken during mating season so this bird is probably only working those wings at a mere 55 beats per second. Even still, that’s plenty fast. All three of these photos were taken in the span of a single second. I shot them with a shutter speed of 1/1600th of a second and it still wasn’t fast enough to freeze those wings. As you can see, some blurring of the wings still occurs. Hummingbirds are fast! JK 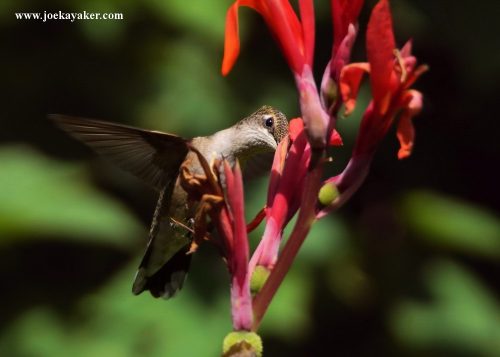 Here are a pair of photographs of a Ruby-throated Hummingbird enjoying the flowers of a Canna Lily. These photos were taken at the Marine Nature Study Area in Oceanside. I see Hummingbirds at other locations but I MNSA is where I seem to have the best luck when it comes to photographing these little speed demons. JK 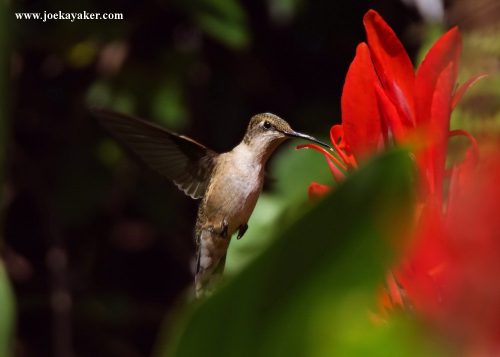 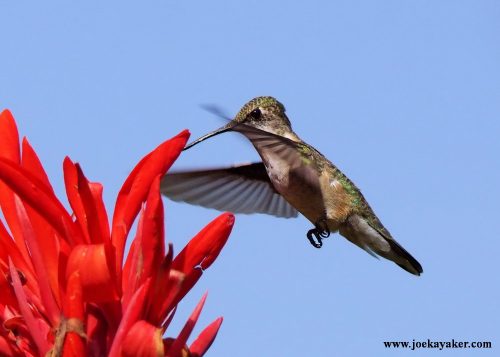 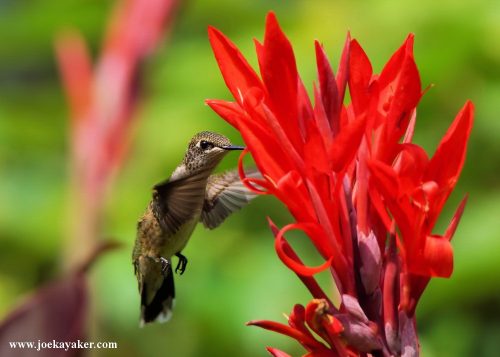 This is my first Hummingbird. It’s not the first Hummingbird I’ve ever seen but it is the first one that I’ve managed to get a decent photo of. I suggest clicking on each pic to see a larger version. It’s worth it, I think. I took both of these photographs at the Marine Nature Study Area in Oceanside. I didn’t need to drive all the way out there to find Hummingbirds but it is where I finally got lucky. In fact, I go to MNSA for the water and shore birds. This Hummingbird was just a wonderful bonus. JK 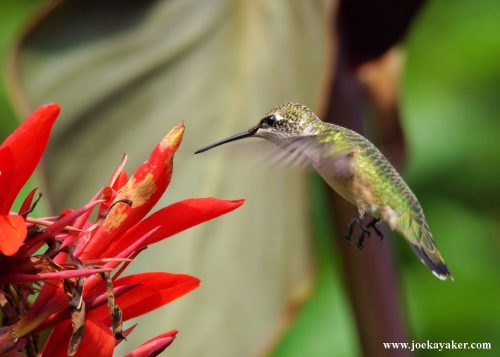