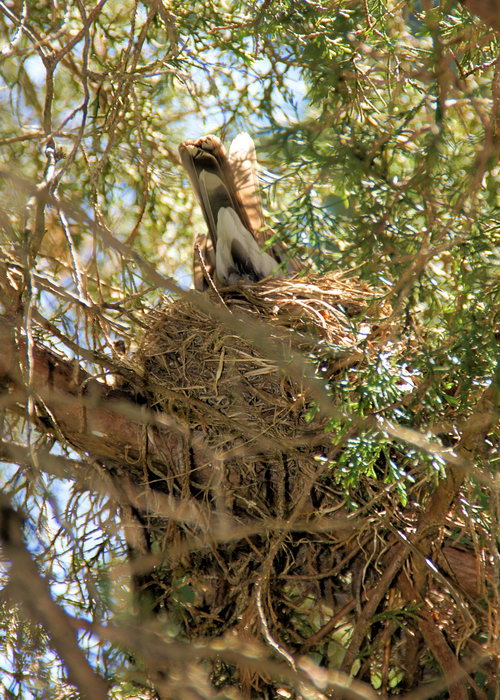 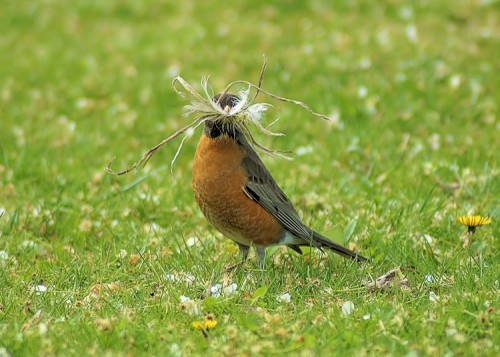 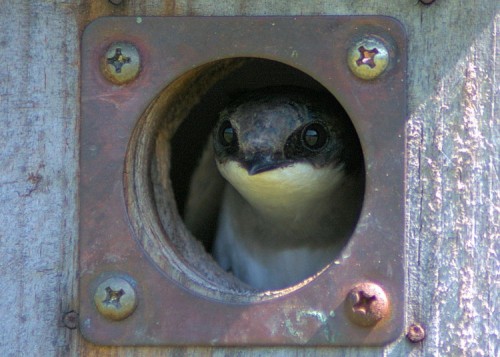 Sweetbriar Nature Center has several bluebird boxes in the open fields. Unfortunately, we don’t get many bluebirds. Or any, to be more precise. The boxes are still put to good use by other species. 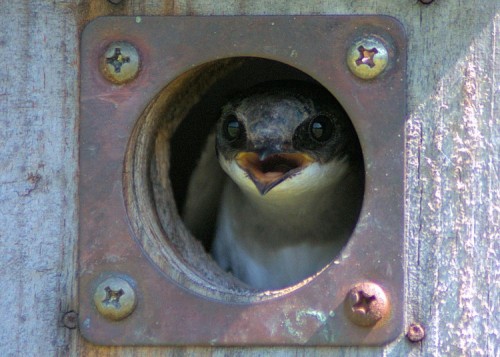 This female Tree Swallow is raising her brood in one. She doesn’t care that the box is for bluebirds. She’s not proud. What she is is hot. That’s why she’s gaping in the lower pic. Three o’clock in the afternoon inside a 6x6x12 oven in the open sun and you’d be gasping for a breeze at the window too. Not to mention her pretty-boy mate. Oh sure, he’s handy with the occasional feeding but he barely helped build the nest and he never takes a turn at sitting the kids. He’s perched on a shady branch and singing. Singing. Well, singing don’t feed the brood and it sure as heckfire doesn’t get her out of that box and into a nice cool grove of trees, now does it? Typical male behavior. Her mother told her it would be like this and her mother was right. Those Tree Swallows are all the same. All woo and no work. JK 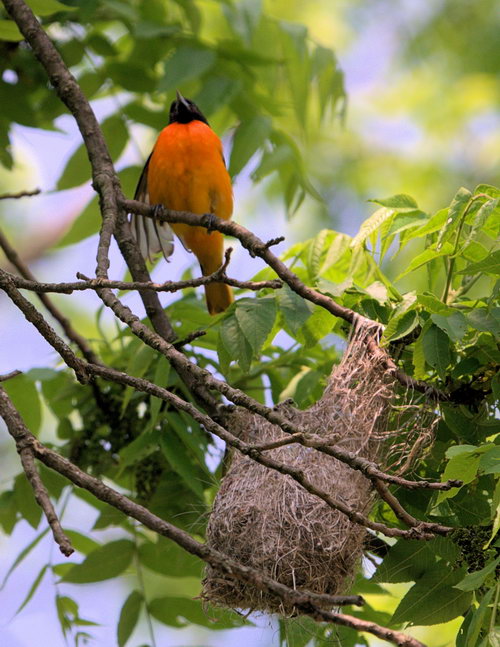 Sweetbriar Nature Center has a new attraction. A pair of Baltimore Orioles has set up shop in a tree adjacent to the barn. These birds always make me say wow. If you live nearby, come down and say wow yourself. This is a real treat. And a visit to Sweetbriar never sucks anyway. There’s always so much to see. 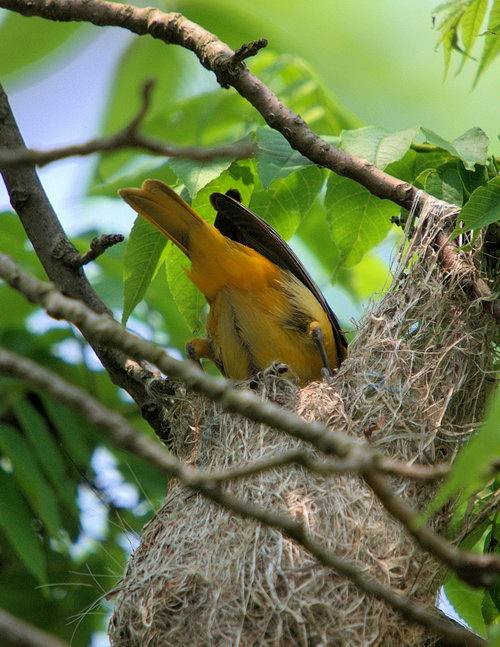 Both parents are tending to the little ones. In the above shot Mom is checking in. Moments later she wholly disappeared into the nest where I assume she was sitting on her brood. I’m don’t think the male does any sitting but he does stick his head inside to count his progeny. He’s very proud. 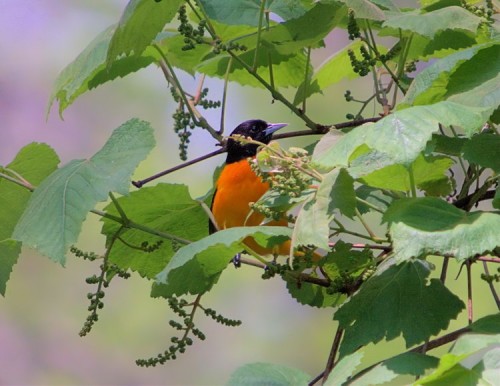 I took hike through David Weld Sanctuary on Saturday morning and got these shots of a pair of Baltimore Orioles. The male is pictured above. These really are birds that that make you say “Wow”. 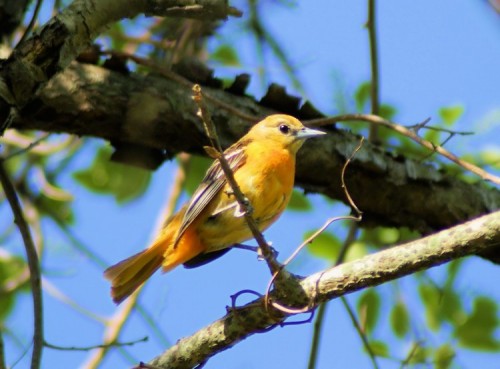 This is Mrs. Baltimore Oriole. She doesn’t have the brilliant coloration that her mate sports but she is still quite pretty in her own right, even when she’s a bit upset. She was hopping from branch to branch and calling me rude names because she felt I might have designs on her nest, which was hanging about twenty feet above my head. She needn’t worry. I just wanted the pics. JK 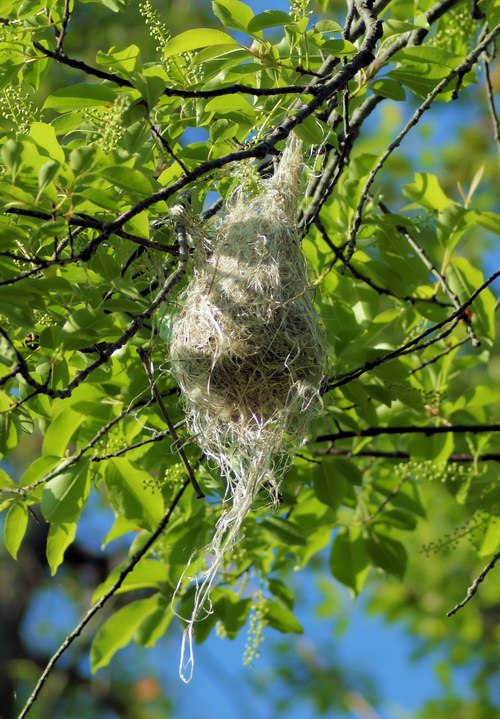