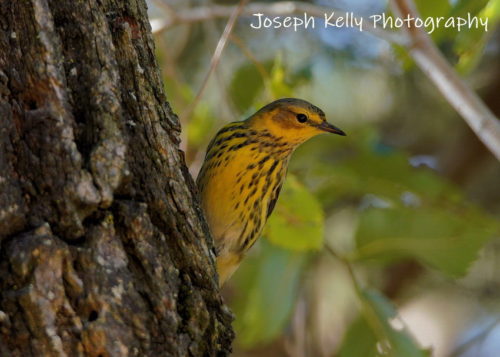 This is a Cape May Warbler. I did not identify this bird on my own. Heck, I wouldn’t have even found this bird on my own. I was lucky enough to be walking with some real birders and it was one of them who spotted and identified this beautiful bird. As I’ve mentioned so many times before in this blog, it helps to know folks that know stuff. Having friends with sharp eyes comes in handy as well.  JK. 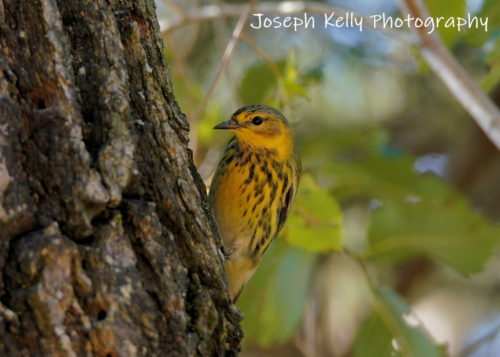 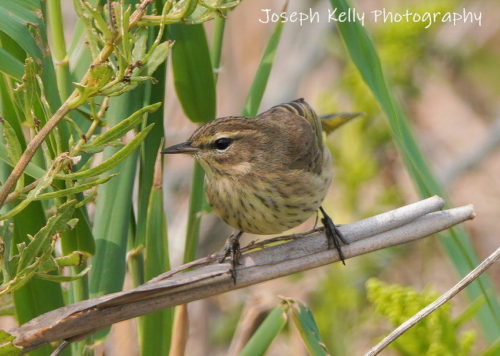 This Palm Warbler is one the many migrating warblers that are passing through Long Island at this time. As far as I know, this is is the first time I’ve photographed one of these birds. It’s certainly the first time I’ve identified a Palm Warbler. I did not do this alone. In fact, when I first saw this bird, I thought it was a Yellow-rumped Warbler. But when I got home and did some homework with the several excellent online guides that are available, I realized I was mistaken. However, I recalled Mike Farina, the Conservation Biologist at the Marine Nature Study Area telling me that he had seen Palm Warblers that same day. So I looked up Palm Warbler and there it was. Still not quite trusting myself, I sent a pic to one of my birder friends and she confirmed my guess. It’s good to have friends that know stuff. JK. 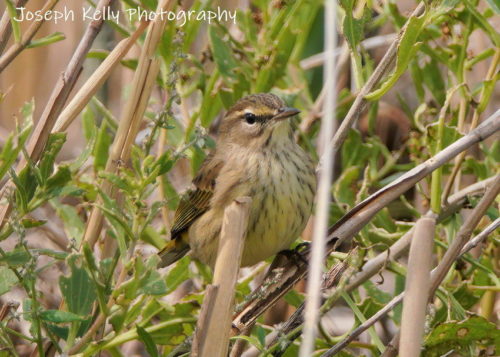 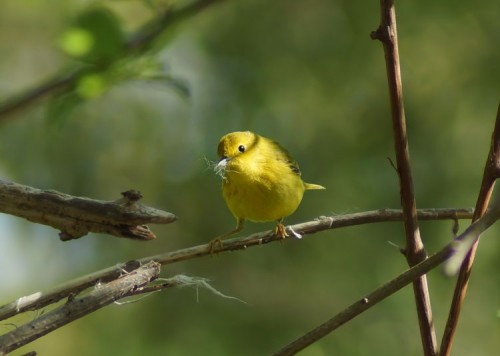 Here are four shots of a female Yellow Warbler collecting some nesting material. Just exactly what it is that she’s collecting is a bit of a mystery to me. I wanted to know what this bit of wispiness might be so I sent these pics out to several of my friends, all of whom are more knowledgeable than myself. These are the folks that make me sound informed and intelligent. It’s all done with mirrors, folks. This is probably not a surprise to many of my friends.

The only reply I received was from a buddy of mine, one of my usual go-to folks for tree identification, who who wrote in a one word email: Fuzz. I’m really not certain that ‘fuzz’ is a technical term. This is one of the problems with being a wiseguy. Sometimes, my friends feel the need to bust my horns as much as I bust theirs. Go figure.

I was still honestly interested in what this young lady was collecting so I decided to hit the books. I consulted several volumes. (Doesn’t that make me sound learn-ed? Again, it’s all smoke and mirrors, dear reader.) The most informative books I could find were John Eastman’s Birds Of Forest, Yard, & Thicket and Kenn Kaufman’s Lives Of North American Birds. I even dusted off (and I mean than quite literally) my old Life Histories Of North American Warblers by Arthur Cleveland Bent. All three of these books were very informative. It turns out that Yellow Warblers make their nests from many varied sources but Mr. Kaufman puts it most succinctly: the nest is composed “of weed stalks, shredded bark, grass, lined with plant down or fur”. Both Eastman and Bent go into this in further detail, with even more materials that Yellow Warblers have been observed using. Eastman mentions tent caterpillar webbing as well as several sources of plant down. Bent could very well bore you with all the materials that these little beauties have been sighted using to make nests. 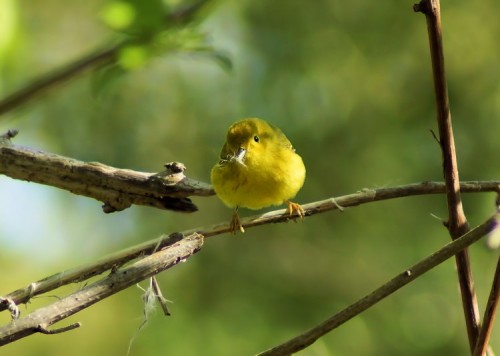 Enough already with the books, right?  After all I’ve read, I think our heroine has some fur in her bill. On the branch it appears that it could be webbing of some kind but in her bill it definitely looks to be fur. As to what kind of fur (or hair) I’m thinking Possum or Raccoon. The bird in these pics is eight, maybe ten, feet off the ground. And while deer can easily jump that high, this was not a place where one would expect a deer to need to jump without dire necessity. So, again, I think I think this was some fur from a climbing Raccoon or Possum. Of course, I could be way off base and this is actually just some ‘fuzz’. JK